MOUNTAIN VIEW, CA—Tech giant Google announced today that they are removing the entire state of Georgia from their Google Maps platform, effective immediately. This comes in response to the state’s recent voter law that many are calling racist.

“We cannot allow these racist laws to stand,” said a spokesman from the Google Office of Diversity, Inclusion, Anti-Racism, Climate Change, Immigration Reform, and LGBTQ Affairs. “That’s why we must act quickly to get states like Georgia off the map, both literally and figuratively.”

Starting today, the state of Georgia will be replaced with a blue body of water labeled "Sea of Racism" on all Google Maps platforms. Driving directions given by the site will be altered. For example, directions from South Carolina to Florida via I-95 will state: “continue south through the stupid Sea of Racism without stopping for 112 miles.”

Google will also be updating searches for locations inside the state. A search for directions to Atlanta, GA now returns the following message. “Location not found. Would you like to travel to a Google-approved destination such as Seattle, Minneapolis, or Beijing?”

The spokesman went on to clarify that Google hasn’t completely abandoned the state. “Google will still provide one-way driving directions out of the state for anyone who currently resides in Georgia,” he noted. “Also, we will still provide directions to any out-of-state celebrities or businesses who want to donate money to the Georgia Democratic Party.” 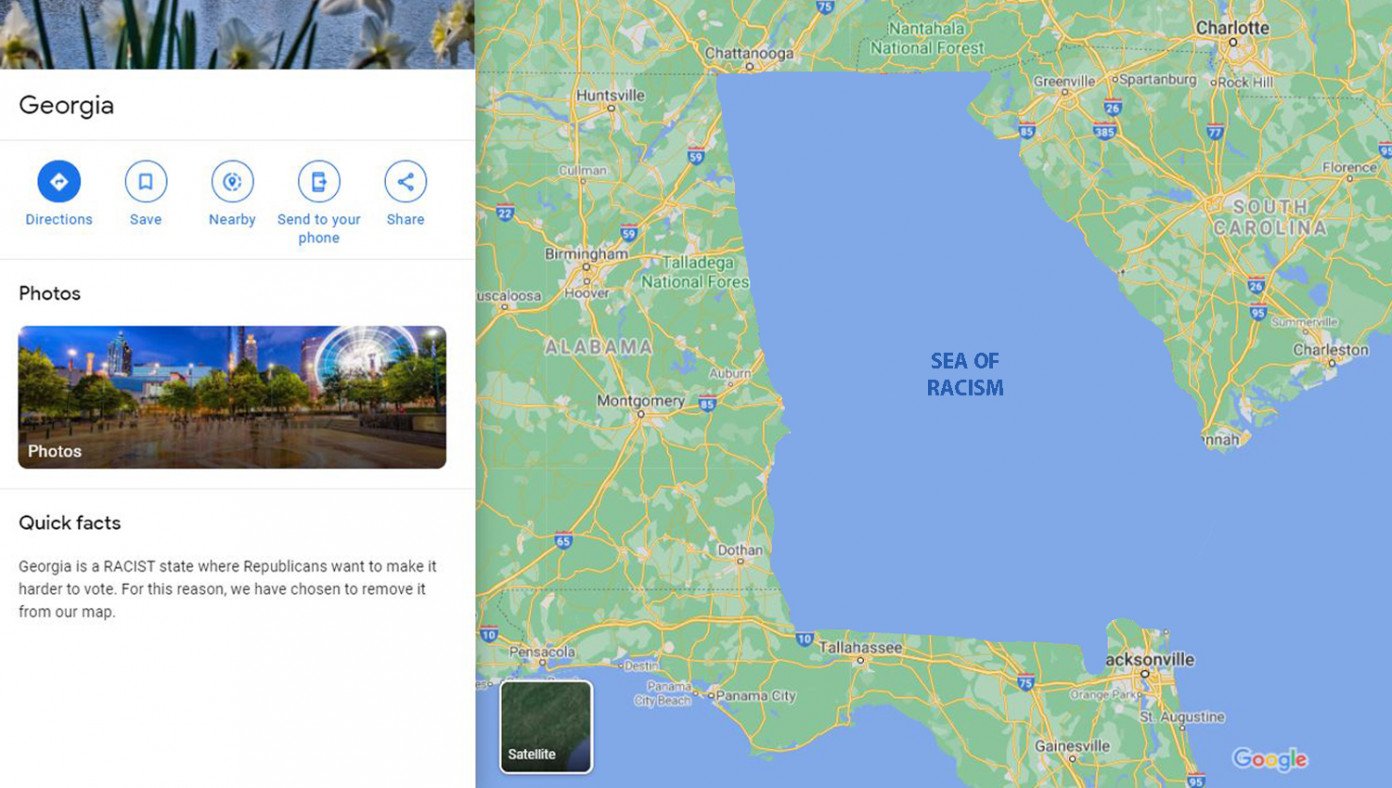