April 09, 2021
To Save Time, MPAA Will Now Just Warn You When A Film Doesn't Have Tons Of Nudity, Swearing, And Violence

WASHINGTON, D.C.—Americans have trusted the good and wise ratings of the Motion Picture Association of America to help them decide what to watch for decades. But the MPAA now says that reviewing films and trying to identify all the offensive content is too difficult and time-consuming, since it can take many days or weeks to slowly go through each movie and find the thousands of instances of sex, violence, and language.

So, to save time, the MPAA will now just warn viewers when a film doesn't have a gratuitous amount of nudity, sex, violence, drugs, and alcohol use. Every movie submitted to the MPAA will just automatically be assumed to have all of these things in ridiculous quantities, and a film will only get a warning label if it displays a concerning lack of provocative content.

"Honestly, this is going to save us so much time," said an MPAA film reviewer. "I mean, don't get me wrong, I love watching raunchy movies and writing down all the naughty parts, but you just get numb to it after a while. I had to watch Wolf of Wall Street 87 times to identify all the morally offensive content. It took me three weeks! Three weeks of my life! Do you know how many times I could have watched Breaking Bad in three weeks? What a waste!"

Movies without the required amount of sex, violence, and language will be slapped with the dreaded red band warning and an "FV" rating for "Family Values." Only lame people with actual family values will be admitted into the movie. 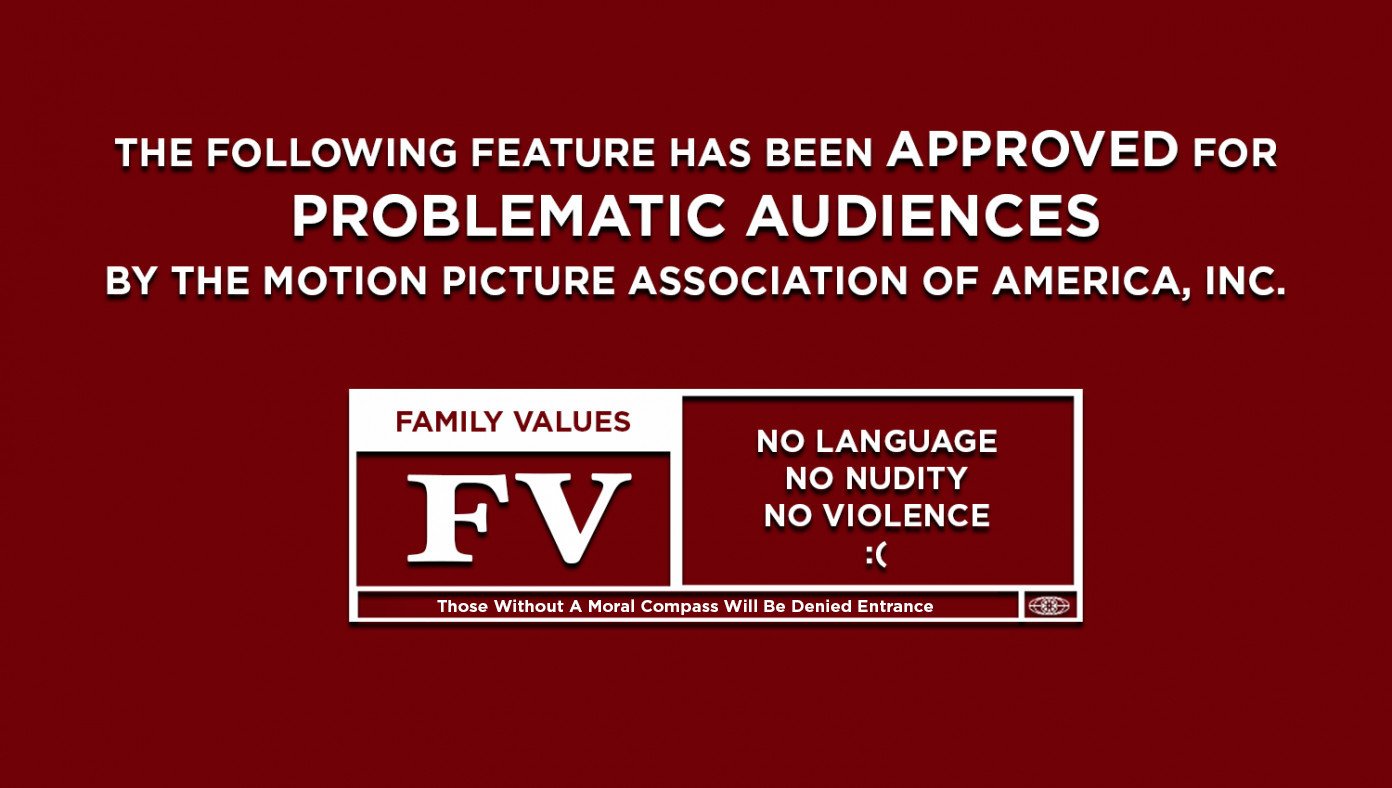