MINNEAPOLIS, MN—As the Derek Chauvin trial continues, many Minneapolis business owners are preparing for the worst. Some are boarding up their windows, while others are just going ahead and smashing their own windows to get it over with already.

But one business owner, Michael Foster, had a different idea: he began decorating the windows of his shop, cleverly disguising the designer shoe store to make it look as though it had already been looted.

"Now, when rioters come through here at the end of the trial, they'll think it's already been looted and move on," Foster said as he applied some more bullet hole decals to one of his windows. "There. Perfect. You wouldn't be able to tell the difference between this place and the Nike Store last summer if your life depended on it."

Foster even put a brick through his window, though it was just a prop like one of those fake half-baseballs people put on their car's rear window so you know they like sports.

Other business owners have caught on to Foster's idea and begun to do the same thing.

"Last summer I tried putting up a sign saying 'This is a black-owned business, please no looting,'" said Charlie Atlas of Atlas Books. "But that didn't work. Luckily, though, they didn't take any books for some reason. This time, I'm going to try Michael's approach and just make it look like all the good stuff is already gone." 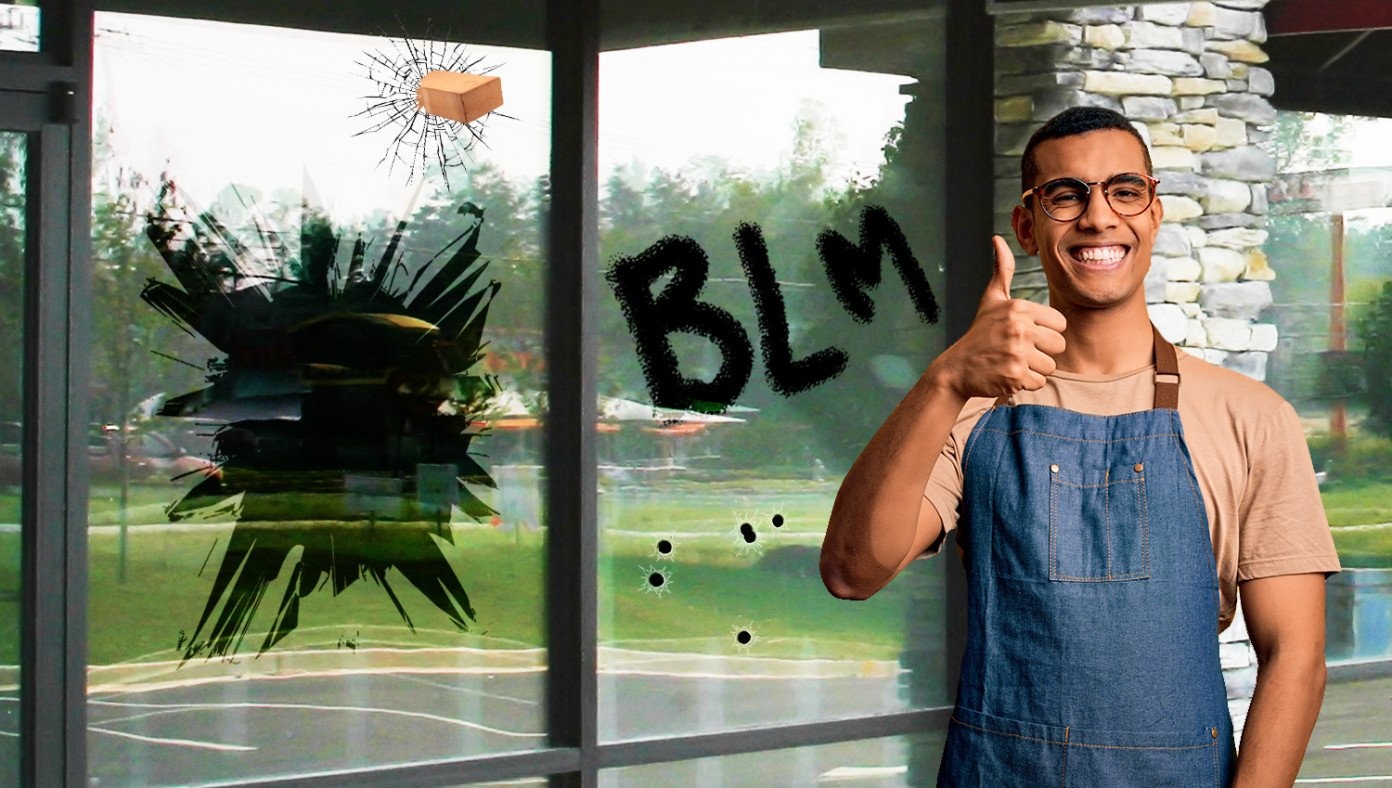