April 15, 2021
'Am I Being Detained?' Shouts Libertarian Toddler As He’s Carried Off To Bed

SALT LAKE CITY, UT—According to sources, local mom Shirley Wood had a surprise when she picked up her three-year-old to tell him it was time for bed. “Am I being detained?” shouted the toddler at the top of his lungs, greatly befuddling Mrs. Wood.

“Put me down!” demanded Zach. “This is an illegal use of force!”

Confused, Mrs. Wood did put him down and tried to figure out what was going on.

“So he knows the proper role of force in society.”

Mr. Wood approached Zach to try to non-violently persuade him to go to bed. “Hey, buddy. Seems like it’s time to sleep now.”

“Can’t sleep,” replied Zach. “Fed still out there. Need to audit the Fed.”

“Audit the Fed, or I don’t go to bed!” Zach began chanting. He then made up a sign for his protest, though it was mainly just scribbles since he couldn’t read or write. Mr. and Mrs. Wood agreed it was very cute but also just not going to do for the evening.

Eventually, Mr. Wood was able to persuade Zach to go to bed with the promise of reading him a bedtime story about cryptocurrency. 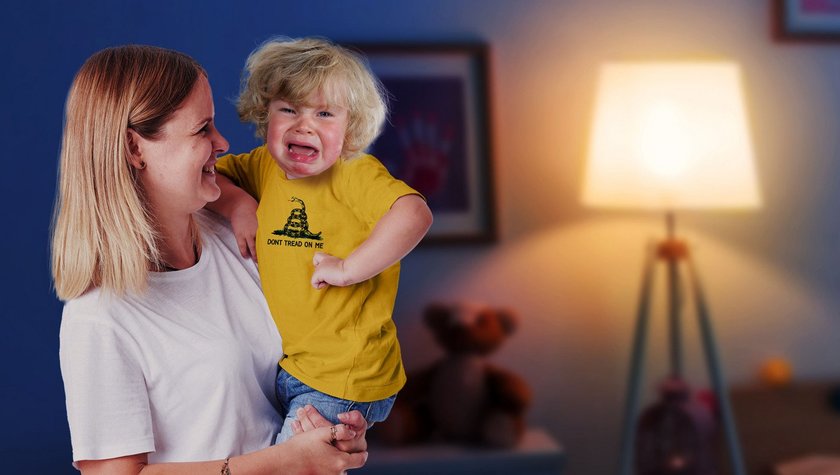 24
View All
0
Reply
Interested? Want to learn more about the community?
Videos
Posts