“It can be confusing for citizens to know if a crime is acceptable or not based on the ebb and flow of the City Council’s agenda,” said Councilperson Maria Saliva. “With looting passports, protestors can know when it’s OK to loot stores and destroy businesses in the name of social justice.”

Looting passports could not come at a better time, as eight months have passed since looting was in vogue, and many peaceful protestors are in dire need of updated name-brand clothing and bigger TVs.

When asked whether he believed looting passports could be seen as unfairly punishing honest business owners, President Biden replied, “Well, you can’t swat a cow gator without priming the barrel bark, which gobbles up the huffles for good ol’ spazamaturble. You know?”

At press time, the City Council was discussing the logistics of distributing the passports based on a citizen’s melanin levels.

“Obviously, fighting the oppression of white supremacy and ushering in a utopia of equity for all begins with looting,” stated a council member for Minneapolis from his suburban mansion surrounded by police. 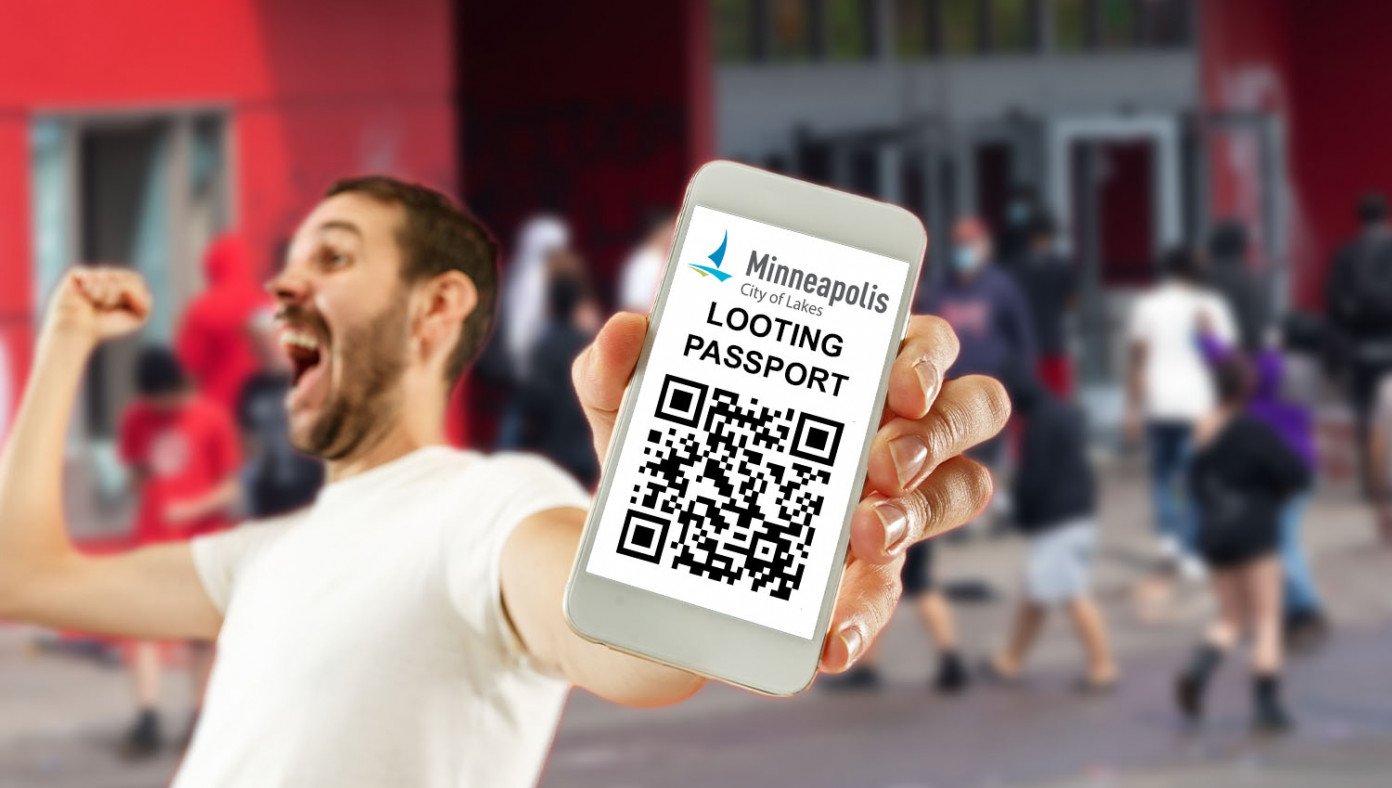