April 19, 2021
Heavenly Streets Of Gold To Be Upgraded To Dogecoin

HEAVEN—As part of an ongoing restoration project in heaven, the streets of gold in the place of eternal peace with God are soon to be replaced with Dogecoin.

Construction machines began moving throughout the heavenly city, tearing up the old streets of gold and paving the highways of heaven with freshly minted coins featuring the lovable Doge meme character. Citizens of heaven will now be able to walk around and feel the gentle caress of Dogecoin under their feet, being eternally comforted by his adorable smile.

"Once we saw Dogecoin rocketing to the moon, we knew we'd have to replace the old, less valuable gold with this new, more valuable cryptocurrency," said Michael the Archangel, who has been put in charge of the upgrades. "Gold is out -- Dogecoin is hot! Buy, buy, buy!"

Previously, heaven had announced the streets would be paved with Bitcoin, but as Dogecoin is the new hot commodity, plans were revised to include the popular meme currency.

Many converted to Christianity upon the announcement. "Dogecoin all the way to heaven? I'm there," said Elon Musk as he accepted Christ into his heart.

The streets in hell will of course be paved with American currency, as hell is pretty big and there are plenty of new U.S. dollars being printed every day. 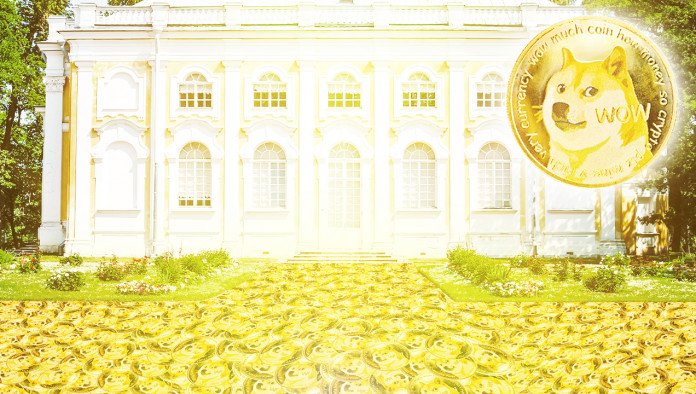