GEONOSIS—Earlier today, Emperor Palpatine, may he live forever, announced a new 1-trillion-credit infrastructure proposal. People across the galaxy rejoiced, thinking they would get new roads, hyperspace routes, and maglev trains, but apparently, the only thing credits will go to is the creation of the Death Star.

"This planet-killing weapon is infrastructure," he said to reporters at a press conference on the bridge of a Star Destroyer orbiting Geonosis. "It's absolutely vital to our galactic civilization. We must invest in our crumbling infrastructure if we want to restore the standing of the Republic on the galactic stage."

"Build back better!" he added before cackling like a maniac and murdering all the members of the press with his laser hands.

Palpatine's infrastructure proposal comes on the heels of a 2-trillion-credit stimulus bill signed into law last week. While many citizens were hopeful they would get a credit transfer as a result of the stimulus bill, instead, almost all of it went to firearm training for Stormtroopers, who are said to now be crack shots and "the most precise troopers in the galaxy."

The bill was not expected to pass the Senate, but Palpatine was able to bypass this roadblock by declaring "I am the Senate!" 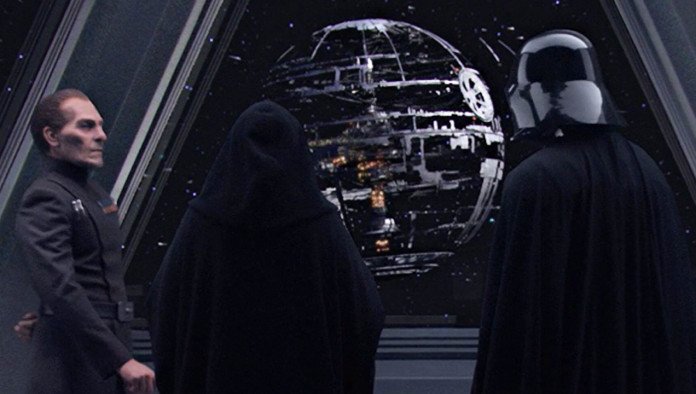