April 19, 2021
Men Demand Reparations From Women Due To Eve Eating The Apple

WORLD—The men of the world are demanding reparations from the women of the world after realizing all their problems stem from Eve taking a bite of the fruit from the Tree of the Knowledge of Good and Evil over 5,999 years ago.

"Eve, the ancestor of all women, ruined everything for us," said Carl McGuinness of Provo, Utah, at a press conference Friday. "We demand payment for the sin and death that rained down upon the human race after the first woman went ahead and took a bite of the forbidden fruit."

"This is merely leveling the playing field from all the inequity that women have caused through their ancestor less than 6,001 years ago."

After calculating the damages stemming from Eve's bite out of the fruit, men have determined they are owed some $593,000,000,000,000,000. As they realize this will take some time to pay back, they have stated they are graciously willing to take payment in the form of sandwiches for the time being.

At publishing time, men had withdrawn their request since women pointed out that if Adam had been there to lead his wife as the head of the household, Satan probably wouldn't have been able to trick her. 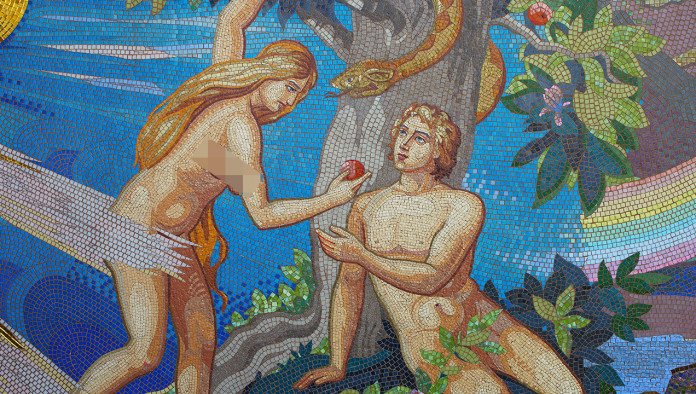