April 20, 2021
Ron Paul Disguises Federal Reserve As Nike Store In Hopes Rioters Will Burn It Down

WASHINGTON, D.C.—According to sources, former representative Ron Paul was seen disguising the Federal Reserve building as a Nike store in hopes of getting BLM and Antifa rioters to burn the place down.

Shortly after the new sign was hung up, witnesses say a large crowd gathered outside to loot the building and then torch it.

"Hey kids!" the libertarian leader said to the crowd. "You wanna keep letting the central bankers borrow and print money until it has no value and the dollar collapses and our entire economy destroyed? Er, uh-- I mean, look! It's a Nike store! Let's loot it!"

Rioters broke in but were disappointed to not find any cool sneakers. Instead, they just found stacks of paper and fancy Goldman Sachs fountain pens.

"Hey, what kind of a Nike store is this?" said one frustrated looter.

"This isn't Nike, it's something far worse," replied Paul. "Have you ever heard of the Federal Reserve?"

The entire crowd then sat down on the floor cross-legged and listened intently to Ron Paul explain the horrors of central banking. Immediately after the speech, they burned down the Federal Reserve. 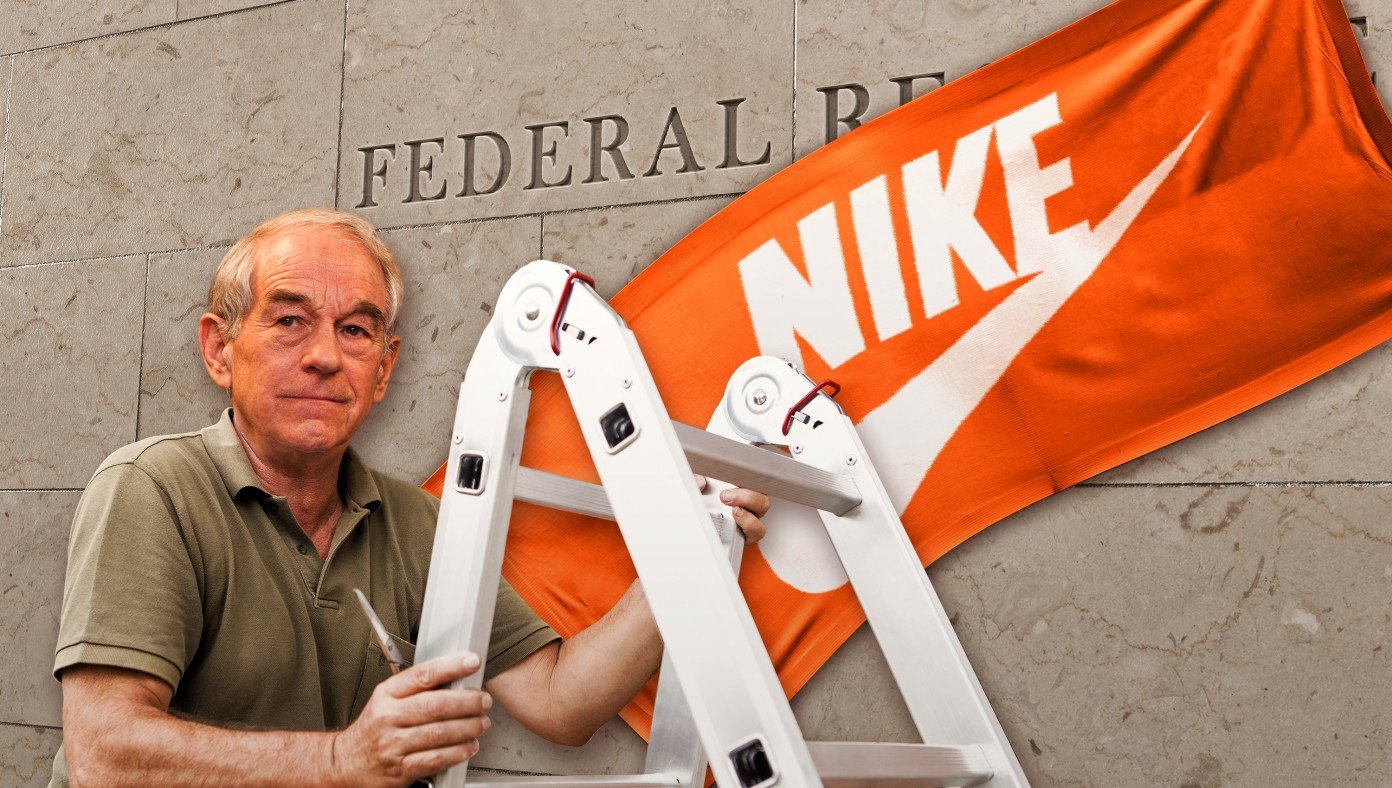