April 26, 2021
Unclear What Political Party Man Belongs To Since He's Wearing Both A MAGA Hat And A Mask

HUDSON, OH—It’s been a crazy time for the past year, but some Ohio residents were exposed to a very confusing sight: Outside walking alone was a man wearing a red “Make America Great Again” hat and also wearing a mask. It gave people a headache just to look at him.

“It's baffling to observe,” said one person. “You see the MAGA hat and go, ‘Here’s some far-right Trumper,’ but then you see the pointless virtue-signaling mask and think, ‘Here’s some left-wing ninny who is going to go all Karen on me.’”

No one was able to comprehend the man, as he was strongly signaling two opposite political beliefs, like someone wearing a Gadsden flag shirt with a hammer and sickle pin. A number of theories arose about him. Some thought he was wearing the mask because he was a Trump-loving ninja. Others suggested he was a far-left weenie whose head was cold and just didn’t pay much attention when grabbing a hat, perhaps thinking it was a Cincinnati Reds hat.

What people eventually settled on is that he was maybe one of those libertarians and everyone should definitely observe at least a six-foot distance from him lest he start arguing with them. 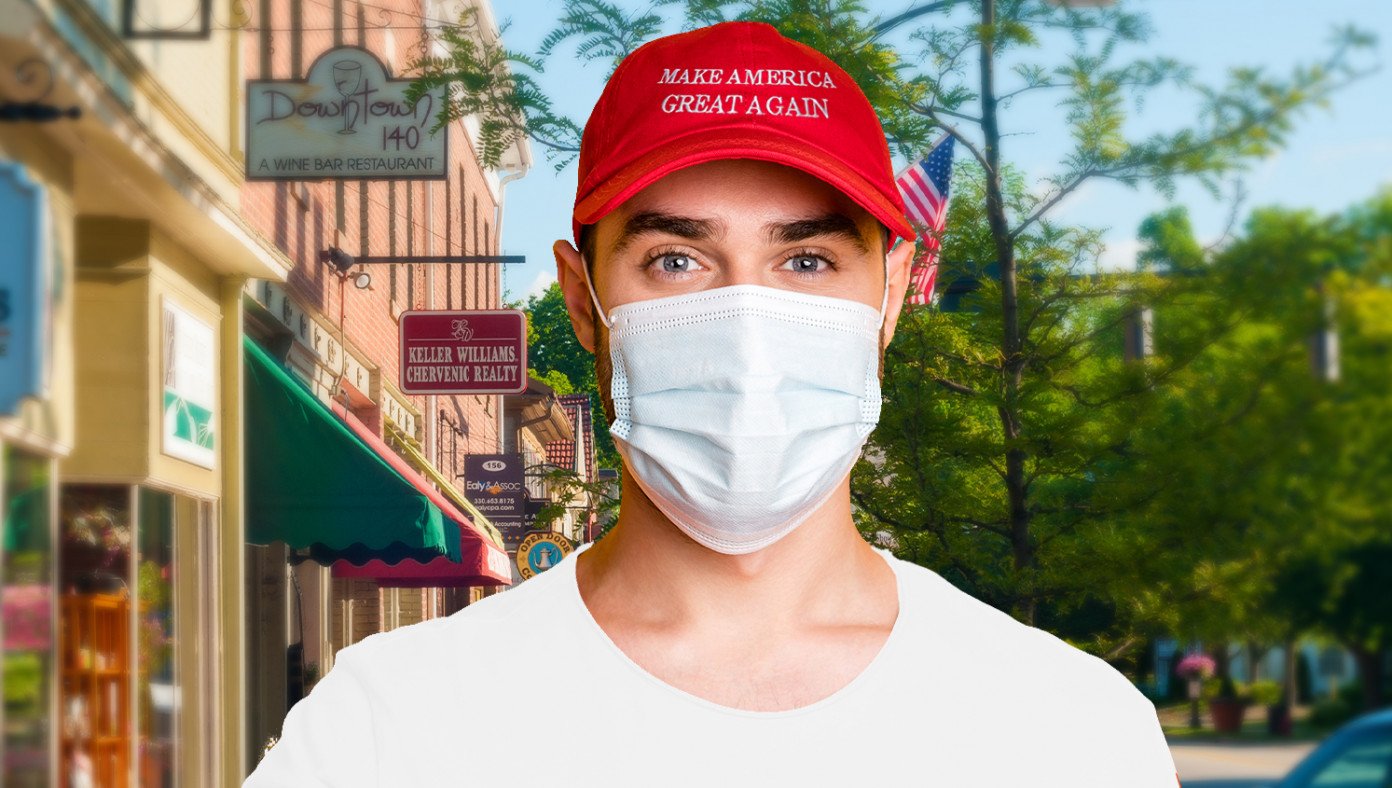