PETERSBURG, KY—Ken Ham of Answers in Genesis announced today a new line of frozen meals: chicken dinos with humans living alongside them for the sake of historical accuracy.

"Tired of your kids eating historically inaccurate dinos without a single antediluvian human in sight?" Ham says on a commercial for the new product. "Try our new more biblical dinos, which have humans riding them, taming them to be beasts of burden, and even playing catch with them."

The commercial then shows several human actors happily riding on the backs of giant chicken dinos, which appear to be claymation. Ham later said they really wanted them to be CGI but just didn't have the budget for it.

He continued: "They're delicious and a great teaching tool for your kids to help unbrainwash them from the liberal lie that humans never rode a T-Rex. I mean, really, do you want your kid living in a world where there's not even a remote possibility that Adam rode a velociraptor? I sure don't."

Ham will neither confirm nor deny that the meat used in the product is, in fact, actual dinosaur meat. 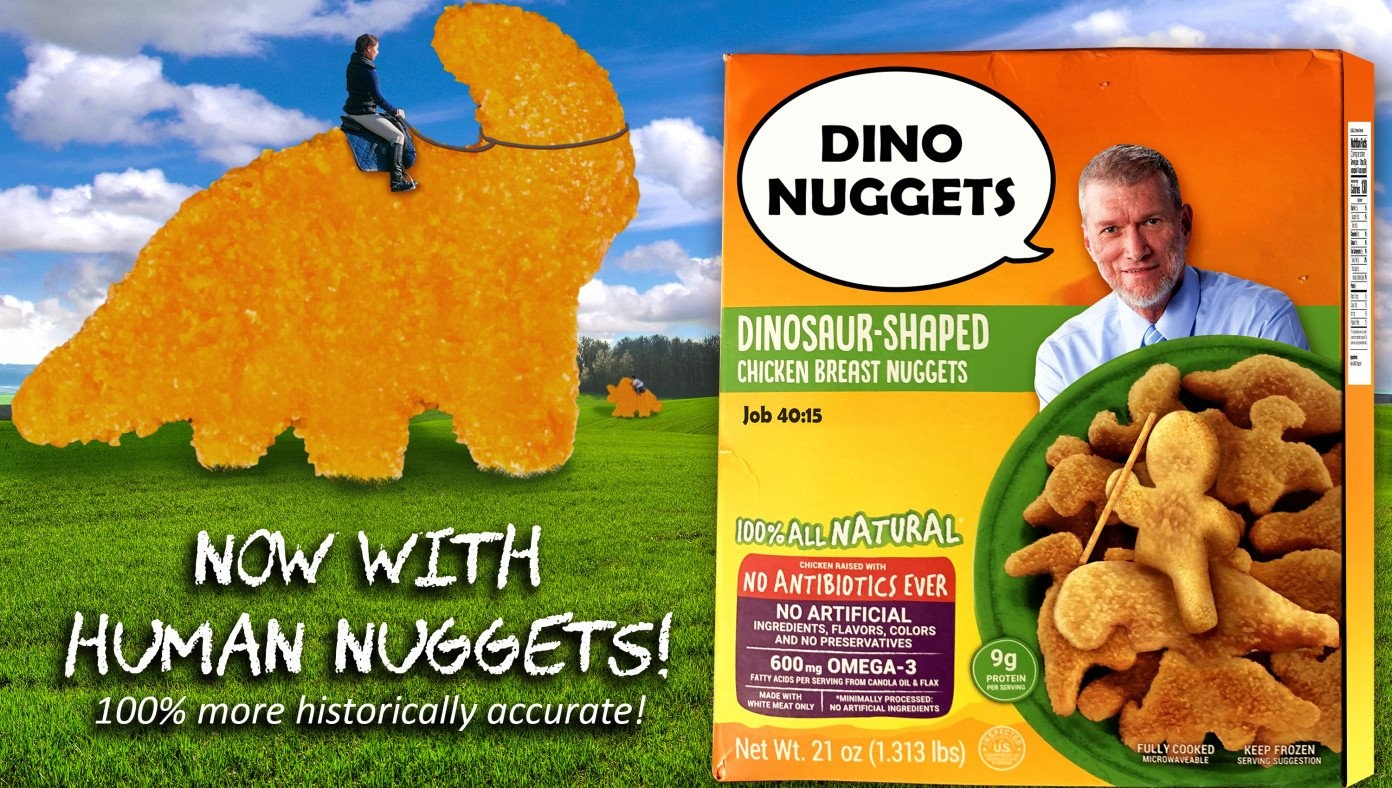