PORTLAND, OR—Riot police in Portland have introduced a new strategy for countering Antifa: playing Jordan Peterson clips on giant video screens whenever a riot breaks out. The strategy has proven effective at converting Antifa members into productive members of society.

"While at first, the native Antifa members responded angrily, by throwing bricks or Molotovs through the screen, they gradually began to listen to Peterson's message of taking responsibility for yourself, cleaning your room, and bettering yourself before you go out and criticize the world," said one police officer. "They slowly began to lower their bricks, put out their Molotovs, and listen."

One by one, Antifa members start to come forward to accept Peterson into their hearts and receive a copy of 12 Rules for Life, turning in their Antifa flags for job applications and exchanging their bricks for a laundry basket to go do the piles of laundry stacked up in their rooms.

"It's like they see him as the father they never had," said the officer. "It always touches my heart when I see an angry, fatherless Antifa member find purpose and direction in life. It makes it all worth it if we can save just one life." 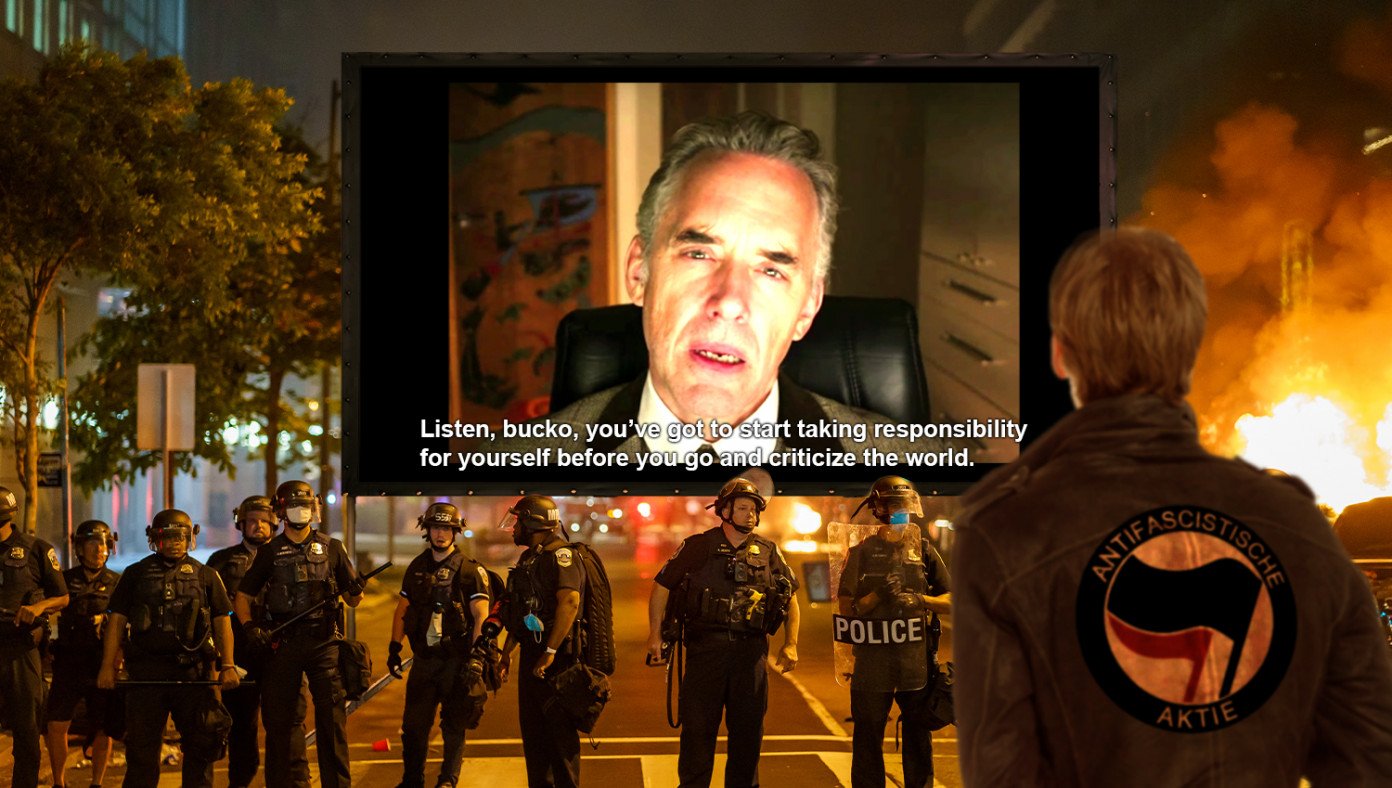