April 27, 2021
Portland Mayor Announces Plans To Crack Down On Antifa Before It Gets Out Of Hand

PORTLAND, OR—In a startling press conference this week, Portland Mayor Ted Wheeler announced he will be cracking down on Antifa rioters before things get out of hand and they start doing some real damage.

"This Antifa group is starting to worry me," said Wheeler while standing in front of the smoldering remains of downtown Portland. "I think it's time to start arresting these people before they take to the streets and start damaging property and terrorizing people. If we don't do something soon, it might get ugly."

Reporters pressed Wheeler to explain why he had taken the side of the fascists, considering Antifa means "anti-fascist" which means anyone who opposes them is a fascist.

"Yes, this is a disturbing thought," replied Wheeler. "It bothers me to consider that I may be a fascist now. I think the answer is to oppose Antifa with our cherished progressive values like love, tolerance, and diversity. And gulags."

Wheeler has asked Biden to send in National Guard troops as well, but his request was denied since Antifa is just an idea. 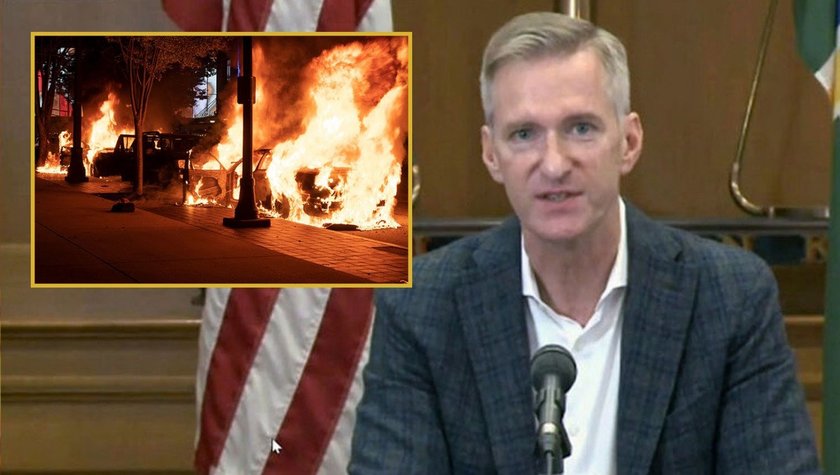 31
View All
0
Reply
Interested? Want to learn more about the community?
Videos
Posts