JERUSALEM—John Kerry recently made a trip to Israel for climate talks but was delayed at the border. According to sources, Israeli forces asked him to remove his explosive vest before entering the country.

"Mr. Kerry, sir, would you mind removing that explosive suicide vest you're wearing before you enter?" said an IDF soldier.

"How DARE you, young man! I... am John Kerry," said John Kerry. "This is a mere fashion item! I, John Kerry, would never purchase explosives in Iran and attempt to sneak them into your fine country to become a martyr for the glorious nuclear world power of Iran! How dare you accuse me, John Forbes Kerry, of such a thing!"

"I didn't accuse you of that sir," the soldier allegedly replied. "Can you please just take it off? You're making everyone a little nervous."

John Kerry then called Iranian President Rouhani to tell him all about how rude the IDF soldiers were being to him.

President Biden has condemned Israel for treating John Kerry so unfairly and plans to announce sanctions. 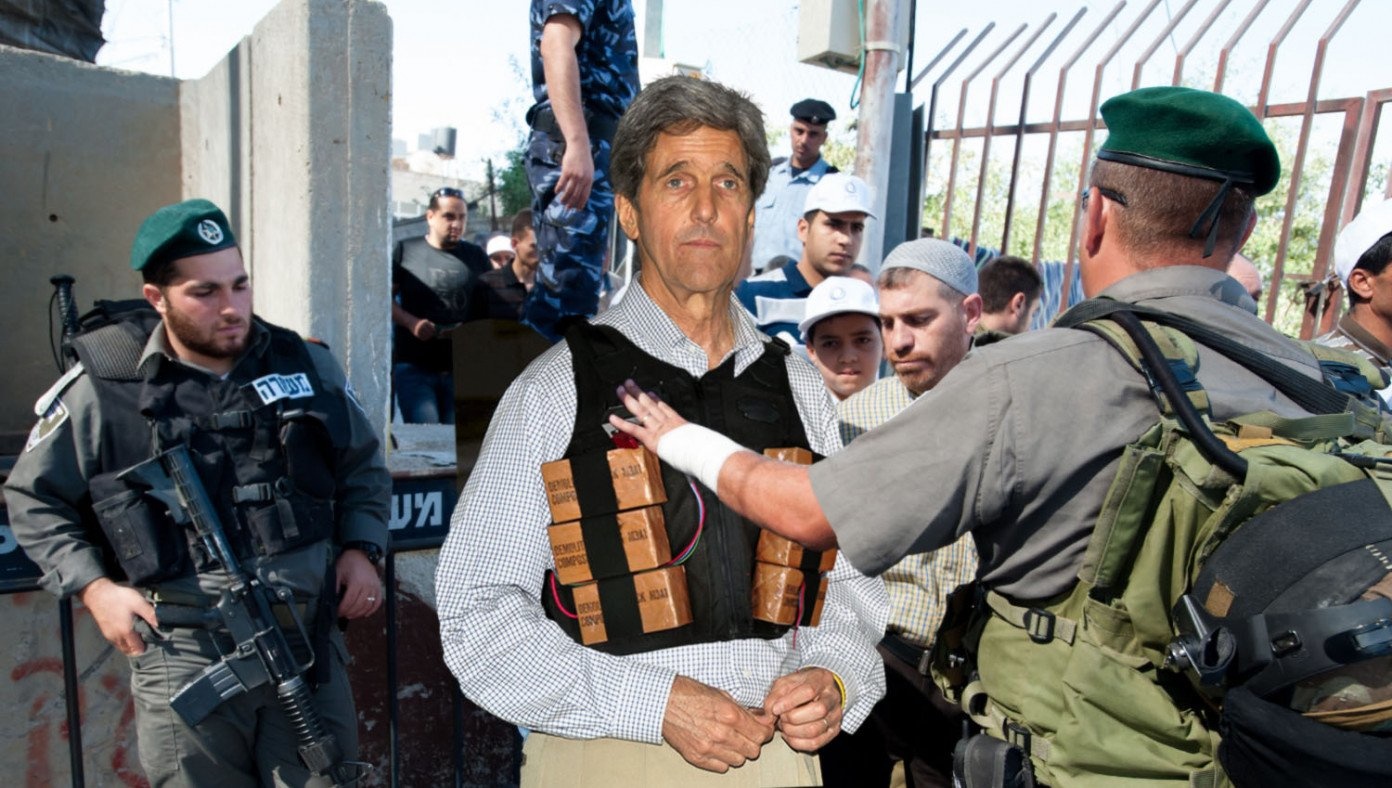