May 03, 2021
Biden Admits His First 100 Days Were A Failure Since America Hasn't Been Completely Destroyed Yet

WASHINGTON D.C.—As President Joe Biden’s first 100 days come to a close, he admitted to the press that he mainly saw his first months in office as a failure, as he was unable to achieve the primary goal of any Democrat: the complete destruction of the United States of America.

“If there is one thing that unites all Democrats,” Biden said, “it’s hatred of America and all of its freedoms. With me seizing the country after it’s been staggered by the pandemic, there was an opportunity for me to immediately eradicate this country. But I failed.”

It was a simple plan. After the wildly successful Trump presidency made America great again, the Democrats used the pandemic (which wasn’t really a big deal) to destroy the flourishing economy. All that they needed after that was to steal the presidential election (check) and get a meager majority in Congress to enact a radical, unconstitutional agenda to finish off the nation, the people Democrats hate more than any other.

“I thought I could destroy all freedom in 100 days with my executive orders and the help of the Senate,” Biden stated, “but I couldn’t do it. The American people are too resilient; I hate them so much.”

Other Democrats agreed that Biden has been a failure. “He couldn't even destroy capitalism,” said Representative Alexandria Ocasio-Cortez. “People are still buying things and enjoying themselves. It’s the worst!”

Biden is hoping to keep his promise of the complete destruction of the U.S. in his next 100 days, though, which he plans to do by spending trillions of dollars on useless infrastructure -- building bridges we don’t need or some such garbage -- until the economy collapses in on itself. “Muh ha ha ha!” he added. 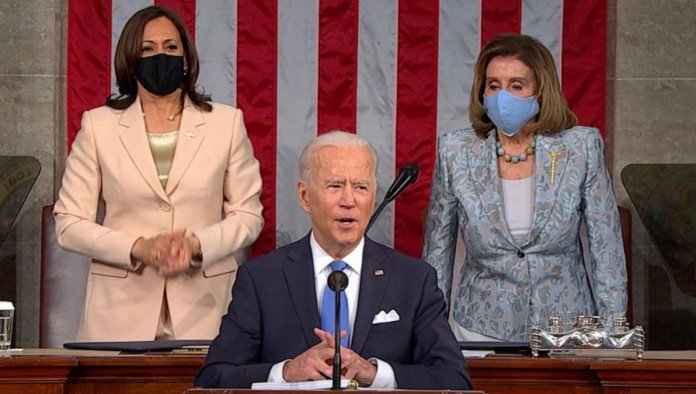