AFTERLIFE—In a statement issued from the afterlife, various Civil War soldiers said that while it was tragic that they had to experience the war that threatened the Republic, they were at least thankful that they weren't around on January 6, 2021, when the absolute worst attack on our democratic ideas occurred.

The soldiers were standing around shooting the breeze while waiting to be judged for their deeds, good or bad, and all agreed that the Capitol riot was much worse than anything they experienced in the Civil War.

"Yeah, we had it pretty rough -- but at least we weren't around when a few hundred people walked around the Capitol taking pictures," said John Rumplestin III, a Union soldier who was killed in the Battle of Gettysburg. "That's when our democracy really died."

"I know the Union almost got broken apart forever," said Rumplestin, "but it was a walk in the park compared with the horrors of January 6 -- truly a day that will live in infamy."

At publishing time, the victims of the attack on Pearl Harbor had agreed with the Civil War soldiers that while they had it bad, they were just thankful to God that they didn't have to see the tragic attack on the Capitol. 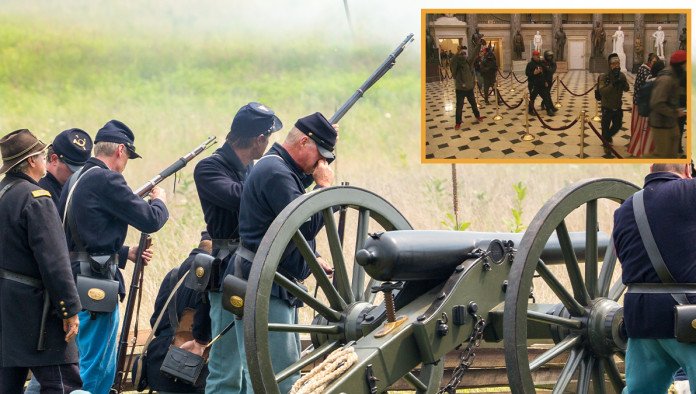