May 04, 2021
Scholars Now Believe Father Abraham Spent Most Of His Time Putting Out Oil Lamps His Kids Left On

ISRAEL—Biblical scholars have uncovered an ancient parchment that appears to contain a portion of Father Abraham’s daily diary. The journal indicates that like modern fathers, a large portion of Abraham’s day was spent snuffing out oil lamps that his children had left burning in empty tents.

The Bee has obtained a translation of this important historical document:

Tishri 8: Got the lamp oil bill today. 30 shekels, almost twice as much as last month. Spent most of my day wandering around and snuffing out oil lamps in empty tents. Definitely didn’t think about the lighting bill when God told me my descendants would be as numerous as the stars.

Tishri 9: Kids left the lamps burning again. How hard is it to remember? Last one out of the tent snuffs out the lamp. May have to call a tribe meeting to discuss.

Tishri 10: More lamps left burning. Someone actually left a burning lamp hidden under a bushel. Could hardly see any of the light shining. Seriously, who does that? Tribe meeting tomorrow.

Tishri 11: Lost my temper at the tribe meeting. Told the kids, “When you become the patriarch and start paying the lamp oil bill, you can do what you want. But while you’re living under my tents, you live under my rules!” ​​​​​​

Tishri 14: Another 5 lamps left burning today. My soul is weary. At 175, I’m getting too old for this. I’m ready to breathe my last.

Scholars now believe this is in fact what killed Father Abraham in the end. 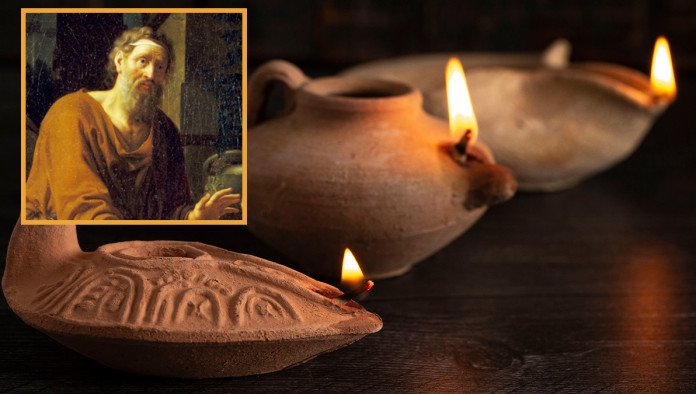