May 05, 2021
23% Of Galaxy Believes They Are More Unified Since Palpatine Became Emperor

CORUSCANT—100 days after Chancellor Palpatine survived an attack that left him scarred and deformed, yet with a stronger resolve to form a new empire, many are wondering if galactic citizens feel more unified than they did before. In response, a new ABC News poll revealed that 23% percent of the Galaxy believes they are more unified since Palpatine became Emperor.

"Wow, 23%! That's a great number! Way more than 22%!" said an ABC reporter. "Not only that, but an overwhelming 87% of that 23% give Palpatine credit for our great unity! Good job, Emperor Palpatine!"

“Emperor Palpatine has brought order and stability to a galaxy at war with itself,” said Grand Moff Tarkin. “Now as this poll so clearly indicates, we have all been unified by Palpatine’s leadership. All can rest easy with Stormtroopers on every street and Star Destroyers flying above.”

Some galactic citizens brought up the fact that the poll showed 28% of the galaxy thinks they are less unified since Palpatine took office, which is more than 23%. Also, an overwhelming 48% thought nothing had changed. Those citizens were then sent to the spice mines of Kessel.

"That doesn't matter, because an overwhelming majority of those people are racist nerf herders who live on Alderaan anyway," said ABC. "Our Emperor assures us they will be dealt with."

ABC is now investigating baseless conspiracy theories being spread on social media that the Emperor's right-hand man killed younglings at the Jedi Temple. 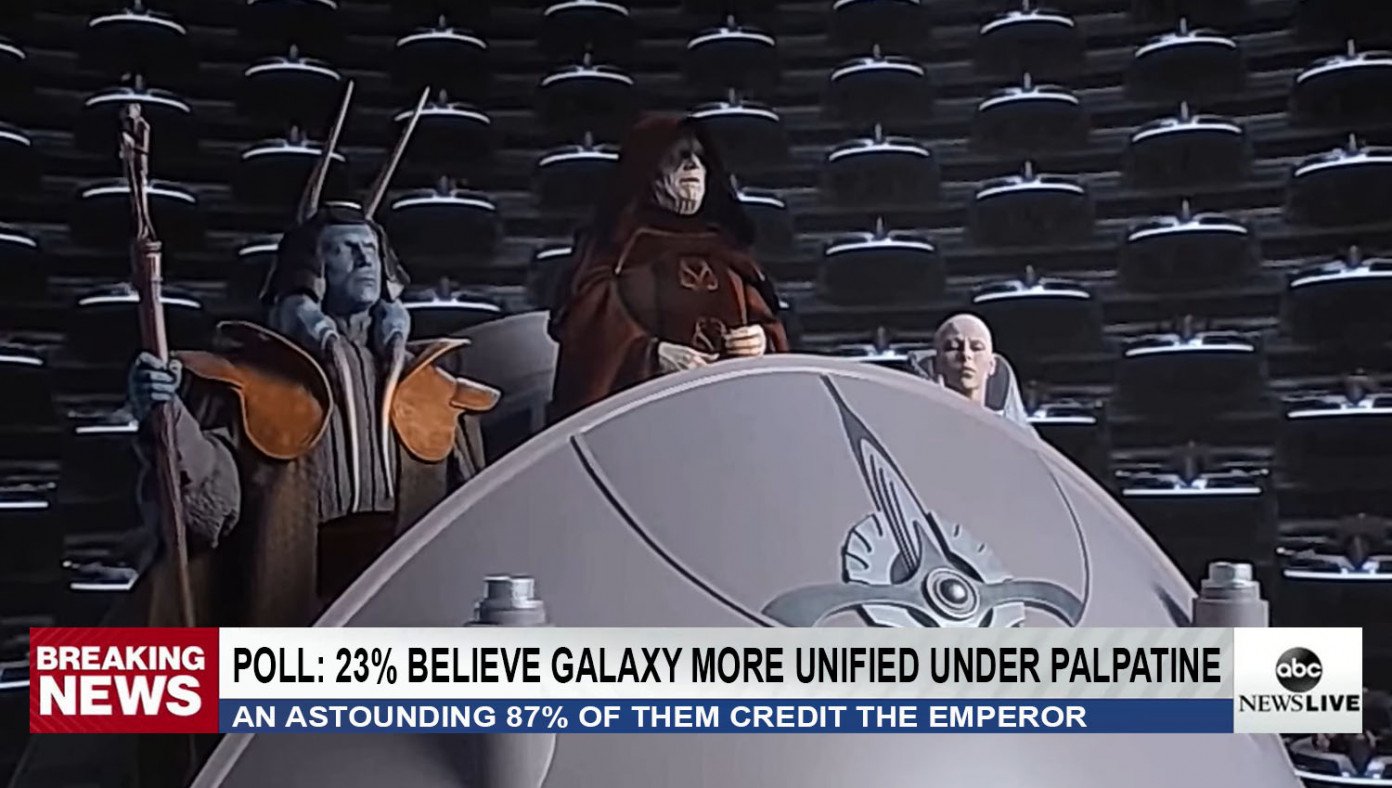