May 11, 2021
Biden Thankful For Gas Crisis To Distract From Inflation Crisis, Unemployment Crisis, And Border Crisis

WASHINGTON, D.C.—In the days following the Colonial Pipeline hack, gas stations have begun to run out of fuel, creating a panic for many. As for the President of the United States, this has come as a relief when considering all the other crises that have been nagging his presidency.

“Finally, a distraction!” said Biden letting out a sigh of relief. "It was either ‘inflation crisis’ this, or ‘unemployment crisis’ that, and I don't even want to hear the words 'border crisis' again. I was like-- would you just shut up man?!”

Biden explained that all of this negative coverage was starting to make him look bad. He said that things like his wild federal spending, paying people not to work, and soft border policies have nothing to do with the current state of the country. “Hopefully, a good old-fashioned gas price hike and shortage will finally give me a quieter news cycle.”

“People keep directing the blame at me like I’m supposed to do something about this. But c’mon man -- that ain’t the President's job. It’s up to the American people to come together, and unify to solve this stuff,” Biden continued. “And anyway, everyone should just pony up and drive a Tesla. Get with the times, and save the planet, Jack. It’s common sense.”

At publishing time, Biden tried to sign some executive orders to increase our national cybersecurity and resume construction of the Keystone pipeline, but his pen was out of ink from all the other orders he’d signed. 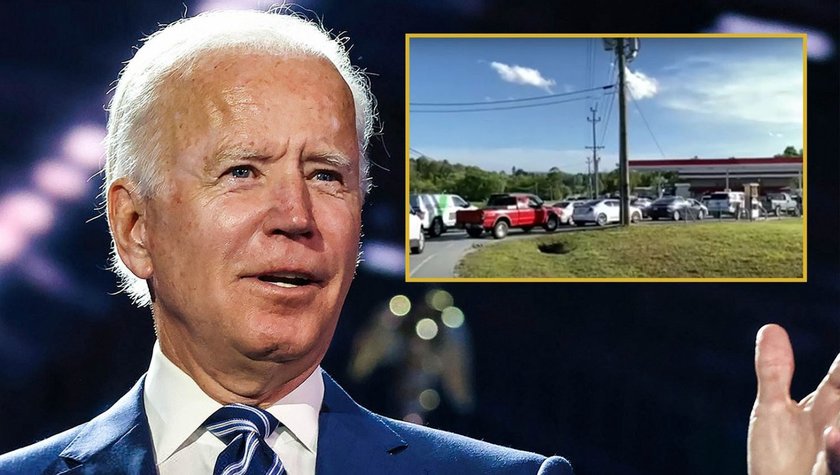 35
View All
0
Reply
Interested? Want to learn more about the community?
Videos
Posts