May 13, 2021
Biden Revealed To Be Robotic Human Suit Controlled By Tiny Jimmy Carter

WASHINGTON, D.C.—In a shocking technology malfunction during a recent appearance, President Biden was revealed to be a robotic human suit driven by former president Jimmy Carter.

There was then a series of beeping noises as Biden's face opened up, revealing former president Carter -- who could easily fit inside Biden's head due to his minuscule size -- sitting behind the controls.

Carter waved sheepishly at the shocked reporters. "Oops, wrong button. I'm sorry everyone! While I have you, Israel is an apartheid state and the next 4 years will probably be worse than the last 4 years...uh... forget you saw me, ok?"

Carter then pressed a button on his control panel and Biden's face closed and clicked shut.

"S-s-sorry about that folks," said Biden. What did I miss?"

Jen Psaki then swore the press pool to secrecy and gave them chocolate chip cookies. 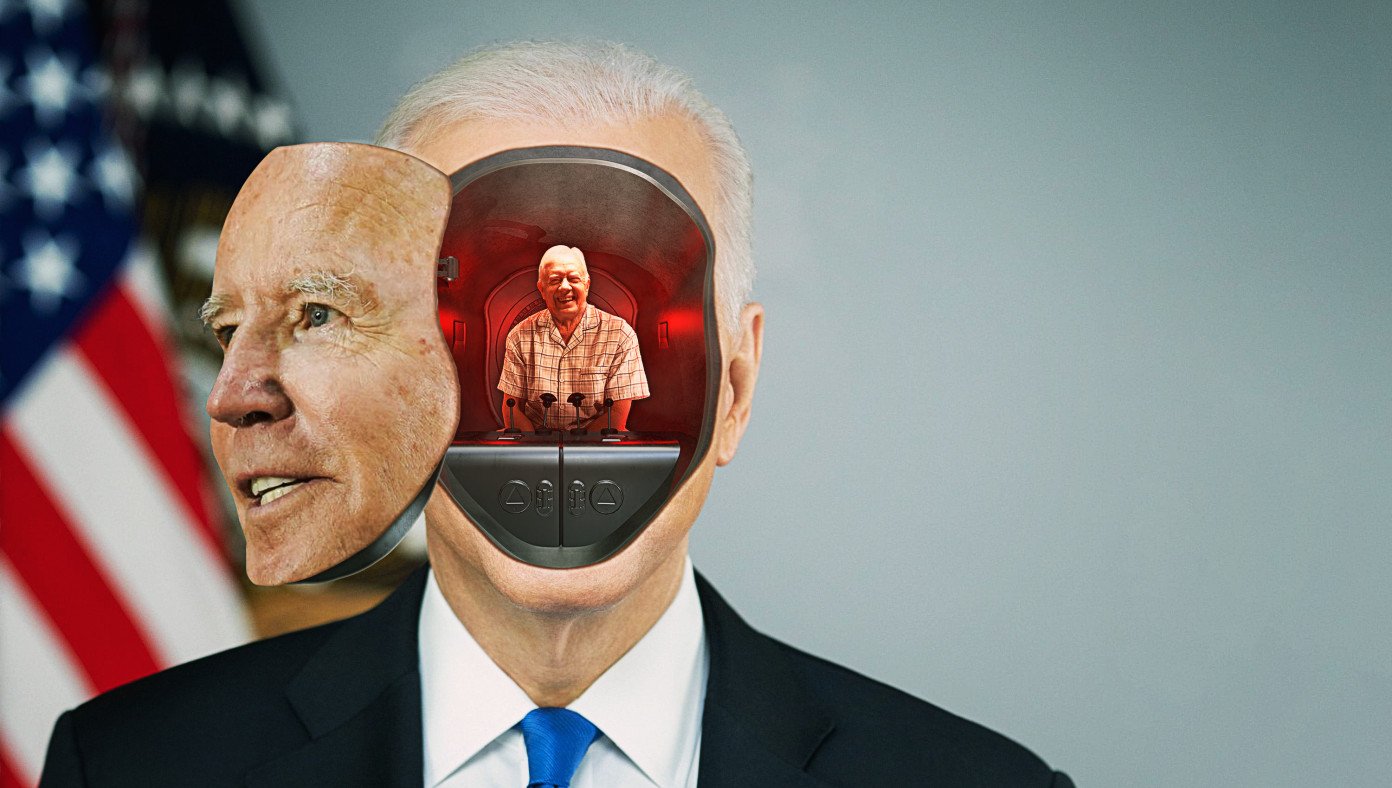 53 minutes ago
'Doctor Who' Ratings Saved As The Doctor Regenerates Into Dr. Jordan Peterson