MARS—Chinese state media has confirmed they have successfully landed a beautiful female rover named Zhurong on the surface of Mars. This is causing some to raise security concerns that she may enter into a relationship with NASA's Perseverence rover and steal American secrets.

"Perseverance is just like any other hot-blooded American rover," said George Tahu of NASA. "He is susceptible to being seduced by China's rover-- which we have to admit is a very lovely and alluring piece of tech. If they enter a relationship, he may divulge top-secret information from his hard drive!"

CCP President Xi has forcefully denied any nefarious intent. "We are very proud to land beautiful lady rover on red planet," he said in a statement. "Glorious People's Republic Of China way more progressive than loser Americans. We land very first female on Mars. China is very feminist and much smarter and more powerful than United States. Poor, sad Americans."

Early reports suggest Perseverance may already be smitten by the Chinese rover, as he keeps following her around and focusing his digital camera on her.

NASA has been forced to assign people to monitor the rovers 24/7 to make sure they don't sneak off together. 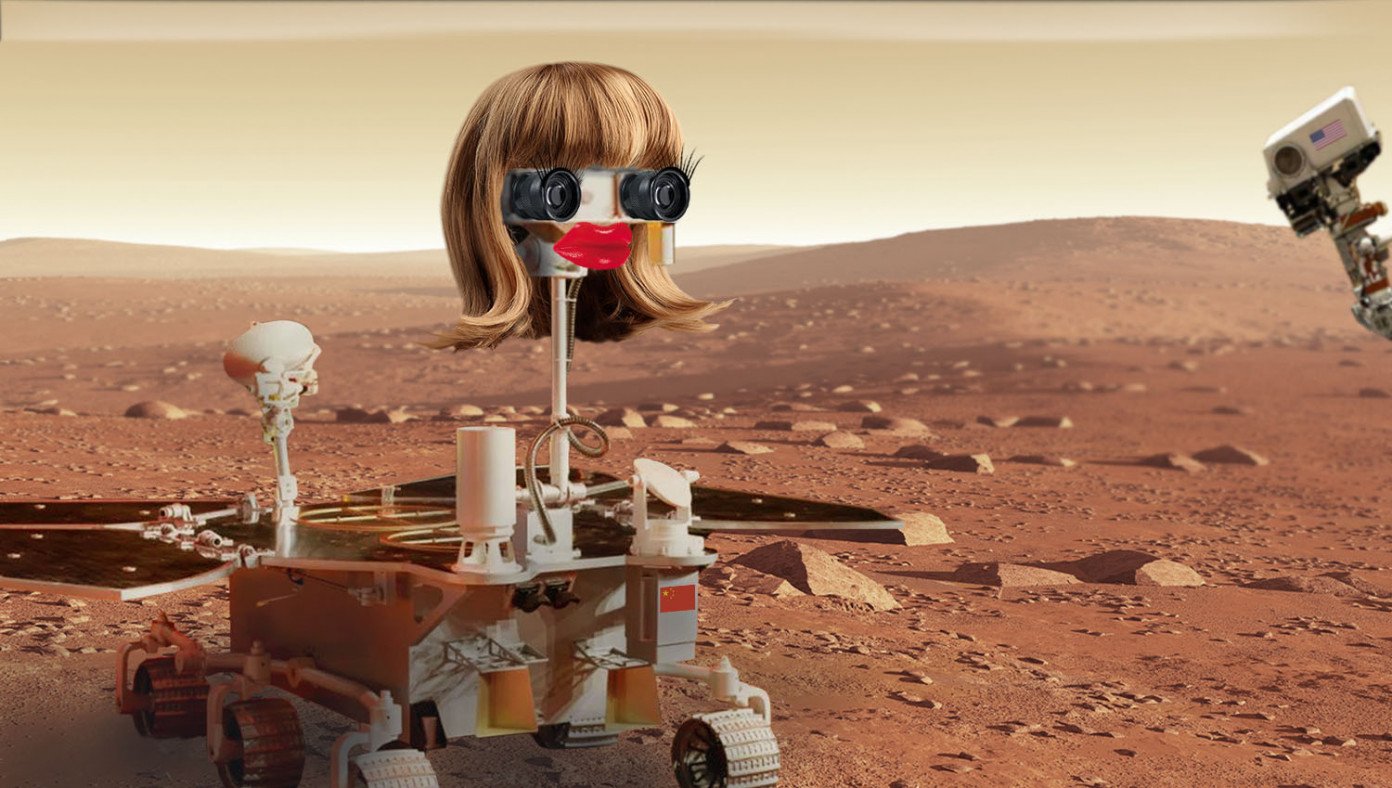