ISRAEL—The media has condemned Israel for launching an unprovoked attack on innocent Hamas rockets that just so happened to be flying overhead last night.

"These rockets were out for an innocent, leisurely flight across Israeli airspace, and Israel heartlessly took them down," said a CNN anchor, wiping tears from his eyes. "It is clear that Israel is the aggressor here. Just look at those poor, defenseless little guys -- they barely got a chance to fly."

"Though they have been shot down heartlessly by the IDF, the rockets will always fly on in our hearts."

Footage shows the rockets on their normal flight path, a "sightseeing" trip according to the Associated Press, with Israel's rockets being launched to attack the innocent rockets minding their own business.

As Hamas's rockets crashed into the ground, Brian Stelter wept uncontrollably. "Why, God, why!?" he cried. "So much explosive potential wasted!" 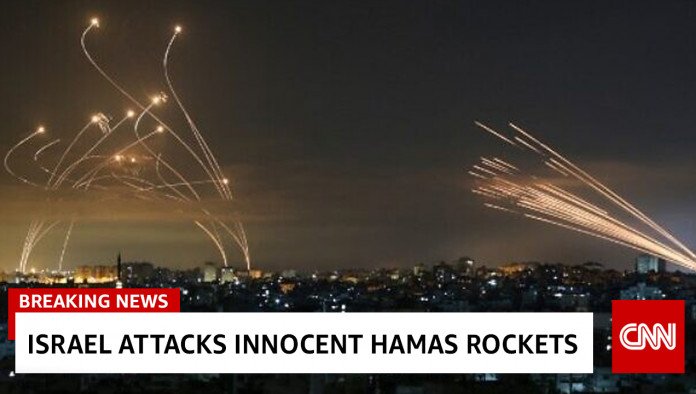