DEARBORN, MI—During a recent appearance at a Ford plant in Michigan, Biden test drove a new Ford F-150 Lightning as pesky reporters tried to ask him about the escalating crisis in the Middle East.

"Excuse me, sir, Mr. President Biden sir, wow you're looking so spiffy today! You mind if I ask you a question about Israel and Palestine?" yelled out one reporter.

"WHO SAID THAT?!" said a startled Biden. "Was that a real voice or just one of my head voices? Oh hey you're real-- OK. No, you can't ask a question about the Middle East, ya two-faced trout stomper! I don't work for you! You want me to run you over?"

Biden then pressed on the accelerator and plowed right into the journalist, who got stuck to the grille as the president continued to speed up.

An enraged Biden yelled out the window. "Netanya WHO? Who's that? What games are you tryin' to pull here, ya stupid journalist?"

Biden then slammed on the brakes, sending the journalist flying across the tarmac.

The other journalists then clapped and cheered at what a cool guy and good driver Biden was. Jen Psaki then passed out cookies. 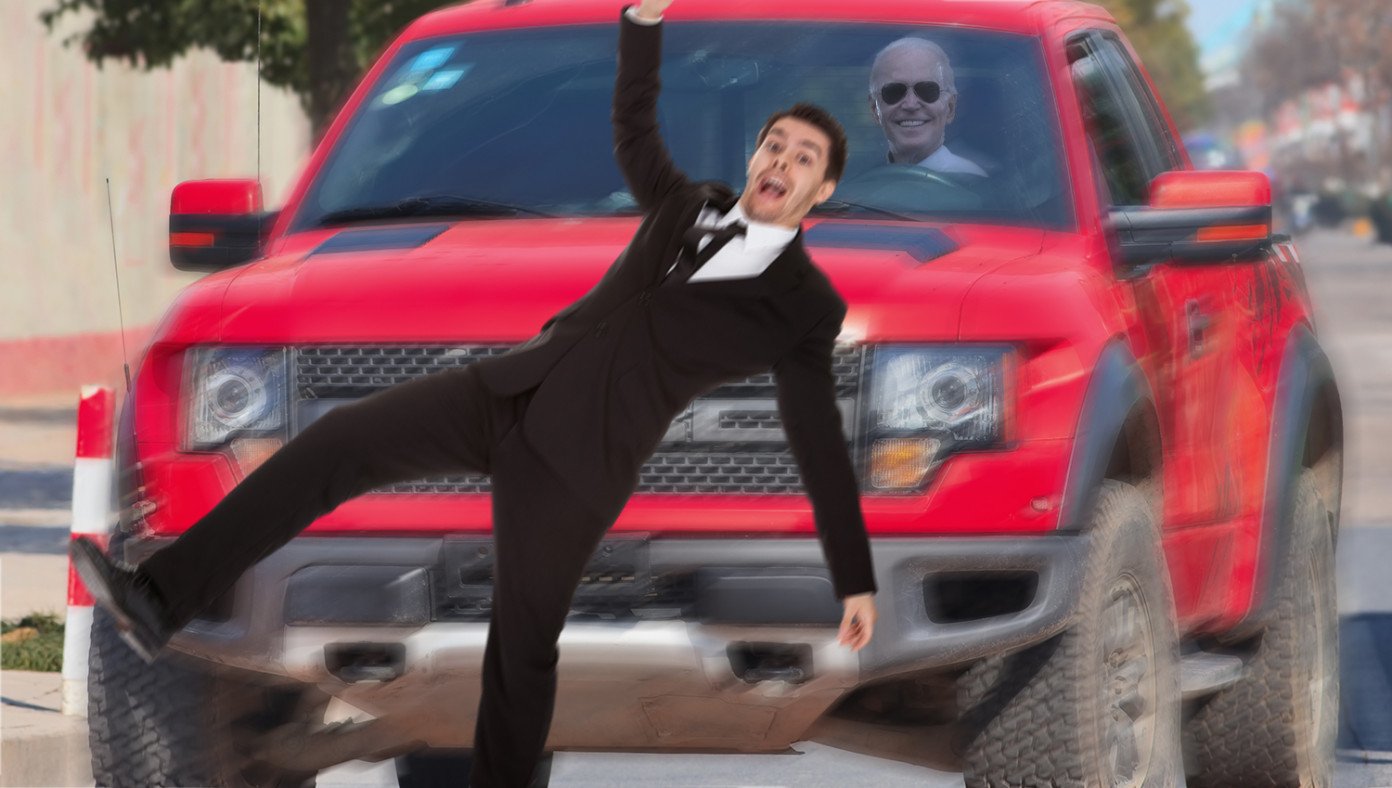