WASHINGTON, D.C.—The Pentagon revealed today an exciting new standard-issue piece of equipment for all soldiers in the United States Army: a gender reveal grenade. Instead of exploding in a deadly blast of shrapnel to neutralize America's foes, the grenade will simply detonate in a harmless puff of smoke to indicate the soldier's chosen gender identity.

"Our foes will cower in fear as our brave soldiers pop off a grenade that announces their gender identity," said a spokesperson for the Army. "Imagine the look on Chinese soldiers' faces as they hide in their bunkers and a grenade comes screaming in, only to pop open and bravely declare, 'It's a girl!'"

The Army has already performed field tests in the Middle East. As U.S. soldiers stormed an ISIS stronghold, one trans soldier screamed, "Grenade!" and threw her grenade, which exploded in a cloud of pink. The other soldiers applauded their sister in arms for her bravery. The soldiers were, of course, slaughtered by ISIS, who just shrugged and laughed when they saw the pink smoke. But what's important, according to the after-action report, is that everyone felt included.

According to the spokesperson, the old frag grenades will be slowly phased out, as they are harmful and triggering to the opposing side in a war. "We look forward to a utopian future where war is just two sides taking turns throwing gender reveal grenades at one another. Surely, that day is coming soon."

America's foes and geopolitical threats all said they are 100% in favor of the change. 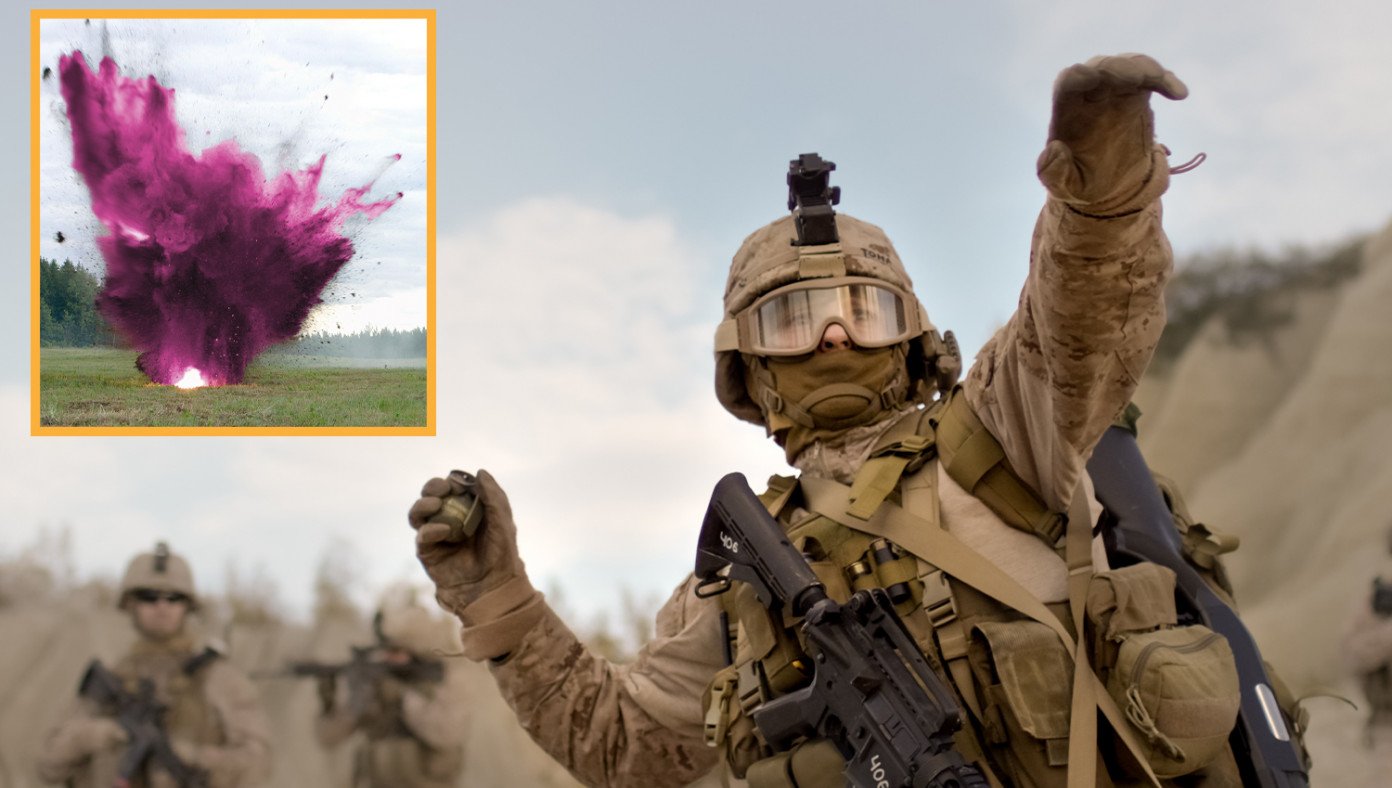