SAN DIEGO, CHINA—Conquered Americans laboring away among other undesirables in a Chinese prison camp remember fondly how the American military, when it was still around, was a fully inclusive institution.

The camp known as Happy Democratic People’s Sunshine and Happy Exercise Wellness Center, set up at the former grounds of Navy Base San Diego, is billed as a top notch resort to get plenty of sunshine and exercise as well as a top notch education in Communist Party fundamentals. Many prisoners have noticed however that the Chinese officers staffing the gulag were not very diverse or concerned with things like what pronouns the prisoners preferred to be called.

“At least our military was inclusive,” said Prisoner #1138 in a hushed whisper while breaking rocks with a pickaxe and loading them into wheelbarrows. ”We had daily meetings about being less white, started every intelligence briefing by asking everyone to state their preferred pronouns for that day, and even meticulously tailored every uniform for each individual to make sure no one was body shamed just because they were a person of size or had a fetus inside them.”

“I really miss the transgender working groups,” reminisced one former officer from the U.S. Air Force. “Yep, those were the days.”

“I don’t identify as this number,” piped up another worker. “I keep telling them I identify as xe/xer but all they do is hit me and call me #1277 or ‘pansy.’”

“Work faster, pansy! All of you, keep your pansy mouths shut,” barked the Chinese soldiers up in the watchtowers as they trained their machine guns on the prisoners. Other Chinese soldiers began to laugh at the prisoners while taking breaks from lifting weights, cleaning their firearms, and talking about the women and children they missed back home.

At publishing time, the conquered Americans in the prison camp were reportedly very happy to at last be living in a nation with universal health care. 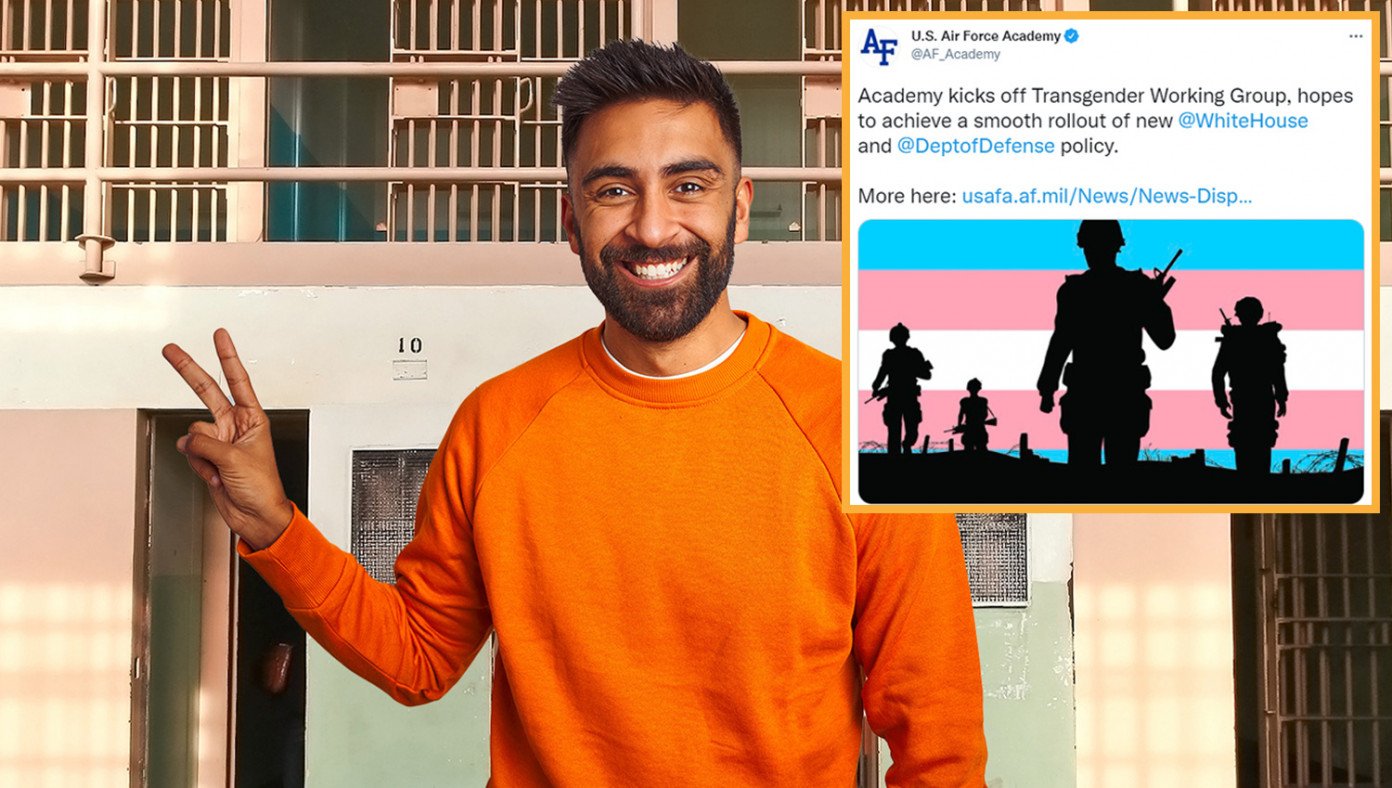