TALLAHASSEE, FL—In a controversial move sure to cause outrage, Florida Governor Ron DeSantis signed a bill declaring that the sky is blue.

“Through sheer malice, bigotry, and hatred, I declare the sky is blue!” said DeSantis at the signing ceremony. “Maybe next I’ll declare grass to be green, enforcing myopic reality on everyone! Mwuh ha ha ha!” DeSantis then signed the bill with ink he declared to be black no matter what anyone else thought about it.

“Nooooo! Colors exist on a spectrum!” screamed an activist outside. “Who is to say the sky isn’t yellow? I guess, maybe, some sort of device that measures the wavelength and compares it to known color values, but that doesn’t override people’s lived experiences!”

DeSantis is said to be considering weighing in on other controversial, divisive topics, such as declaring that the sun is hot, water is wet, and two plus two equals four — all things PolitiFact rated as only “Half True.” 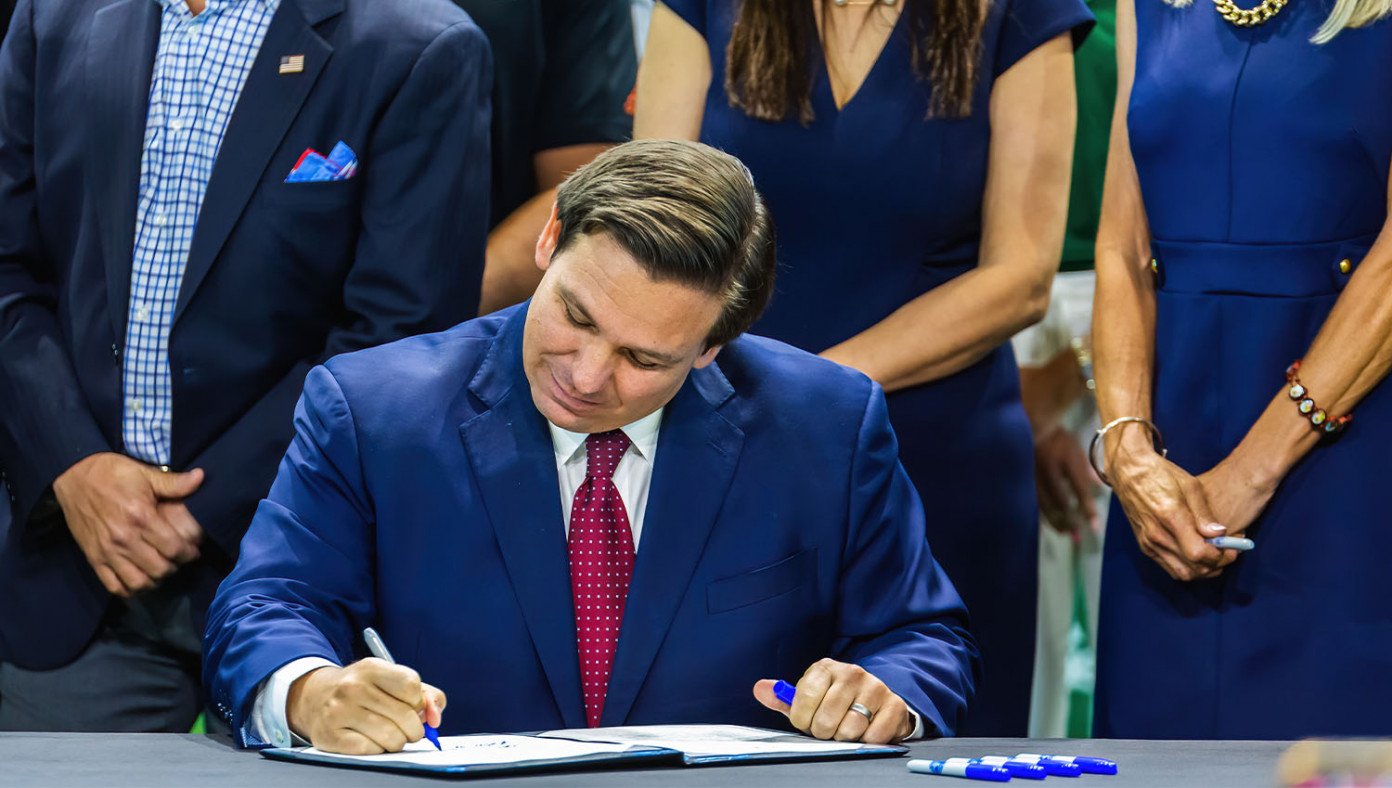