AUSTIN, TX - Straight people have turned out in droves to celebrate Pride Month this year, and for many gay Americans, it's really starting to ruin the vibe.

The TV airwaves have sustained a total takeover, as corporations hawking everything from cereal to laundry detergent have invaded the refuge of rebels formerly known as "Pride".

"I can't buy a jar of pickles without someone trying to score gay points," complained local woman Sarah Rice. "I mean initially it was nice to see gay couples in the occasional graham cracker commercial...but now my acne cream says it's LGBT affirming and my tooth floss is rainbow-colored. Ridiculous."

Local events have also seen a massive influx from both corporations and would-be allies. "Honestly thinking about skipping the Pride Parade this year and just having a cookout at home," said former parade organizer Steve Garcia. "A bunch of straight people waving flags, all sponsored by Walgreens? That's basically a NASCAR event. Thanks, but no thanks."

Mr. Garcia left for work, only to discover his co-workers had generously had his entire car spray-painted with rainbow stripes. He sheepishly drove to his office, where his door had been replaced with rainbow beads and a giant rainbow cake was sitting on his desk. "Freaking allies got me again," muttered Mr. Garcia. 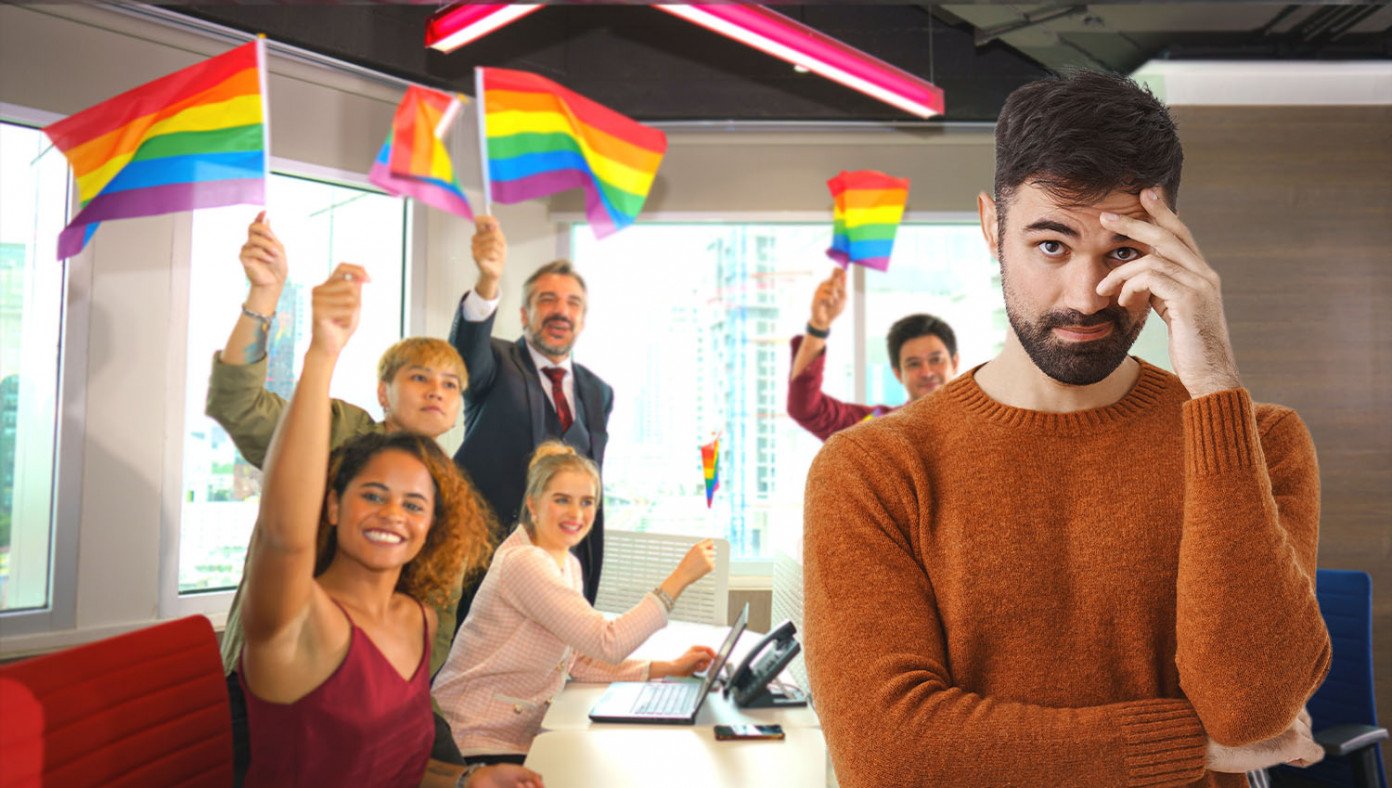