June 09, 2021
Joe Manchin And Mitt Romney Forced To Sit At The 'No Friends' Table At Lunch

WASHINGTON, D.C.—According to sources in Washington, Senators Manchin and Romney have been forced to relocate to the "no friends" table in the Capitol cafeteria. Sources say that this is the table where the "losers who have zero friends" sit.

"Yeah, Romney has been sitting there a while-- due to being a loser," said one congressional aide. "He always eats his cheese sandwich by himself. One time, a group of cool Democrats came by and pretended to be his friend, but then they dumped his milk carton on his head and taped a 'kick me' sign on his back. Sometimes I feel bad for him but I never sit with him because I don't want people to call me a 'loser' too."

In recent days, Romney has been accompanied by former cool-guy Democrat Joe Manchin. Manchin is not allowed to sit with the Democrats anymore because they all found out he still likes the Constitution-- which everyone agrees is totally dorky and lame, not to mention horribly racist.

"Haha look at those two dork losers over there," laughed popular girl AOC. "LOL, they're so dumb." She then walked into a pole.

Witnesses say that Manchin and Romney have become friends at the loser table, talking about watching Star Trek and playing with model trains, and perhaps switching parties. 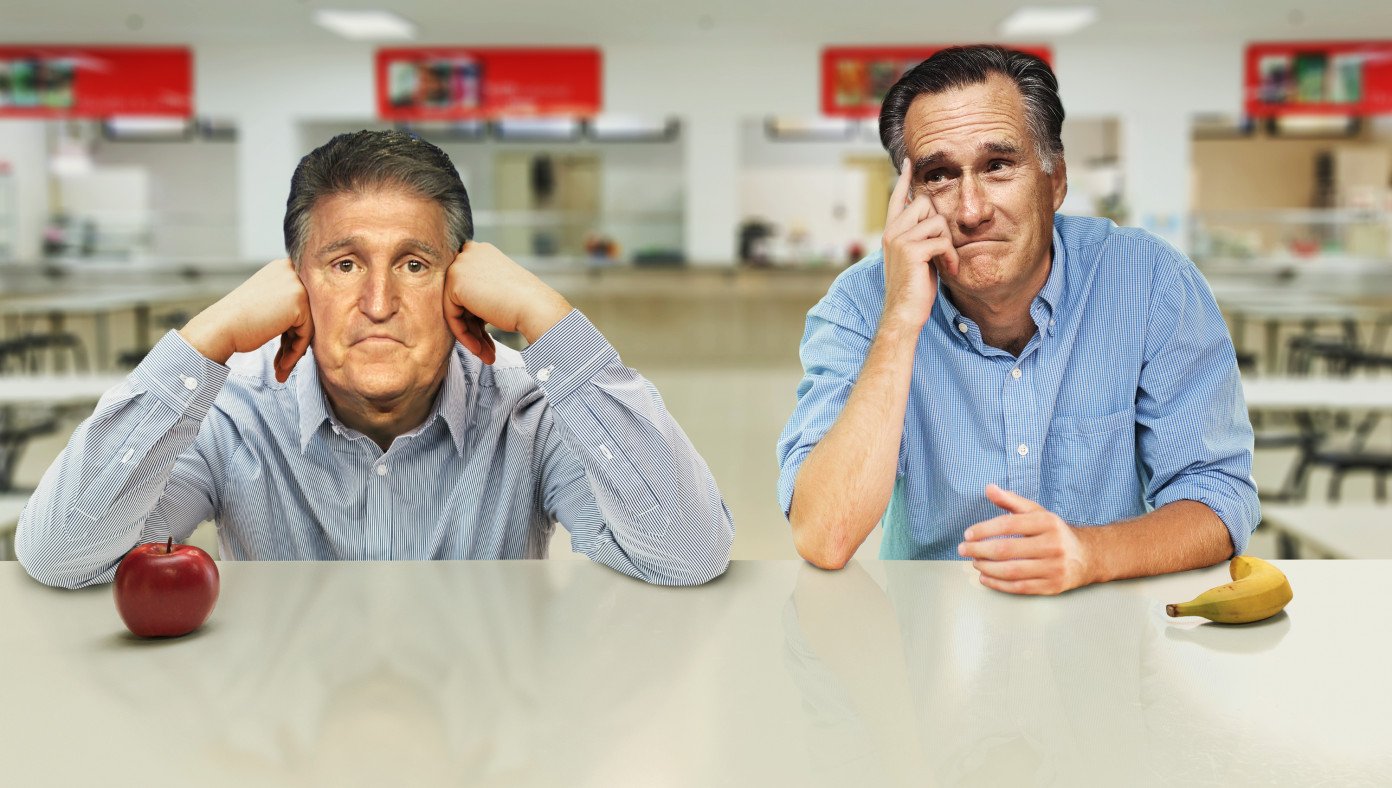