U.S.—After declaring global warming to be the number one security threat facing the United States, President Biden deployed thousands of troops to Texas and other states covered in farmland to eliminate flatulent cows.

"These cows are far more dangerous than any terrorists in the Middle East," Biden said at a press conference confirming the deployment of the soldiers to tackle the bovine threat. "We are taking their terrorist threats very seriously. Special forces are currently en route to take them out."

Helicopters let out squads of soldiers into the forests and woods adjacent to farms across the United States.

"Moo," said one dangerous cow in East Texas, unaware that her terrorist plot to attack the United States with burps and farts was about to come to an end. "Moooooo!"

"Weapons hot -- you are free to engage," one squad leader radioed, causing a burst of gunfire to come out of the bushes.

"We got 'em boys -- threat neutralized."

"Ladies and gentlemen, we got 'em," Biden announced later. "We have taken down Bessie, the #1 sponsor of global warming and worldwide terror. Mission accomplished."

The press then applauded and cheered and gave Biden cookies with his face on them. 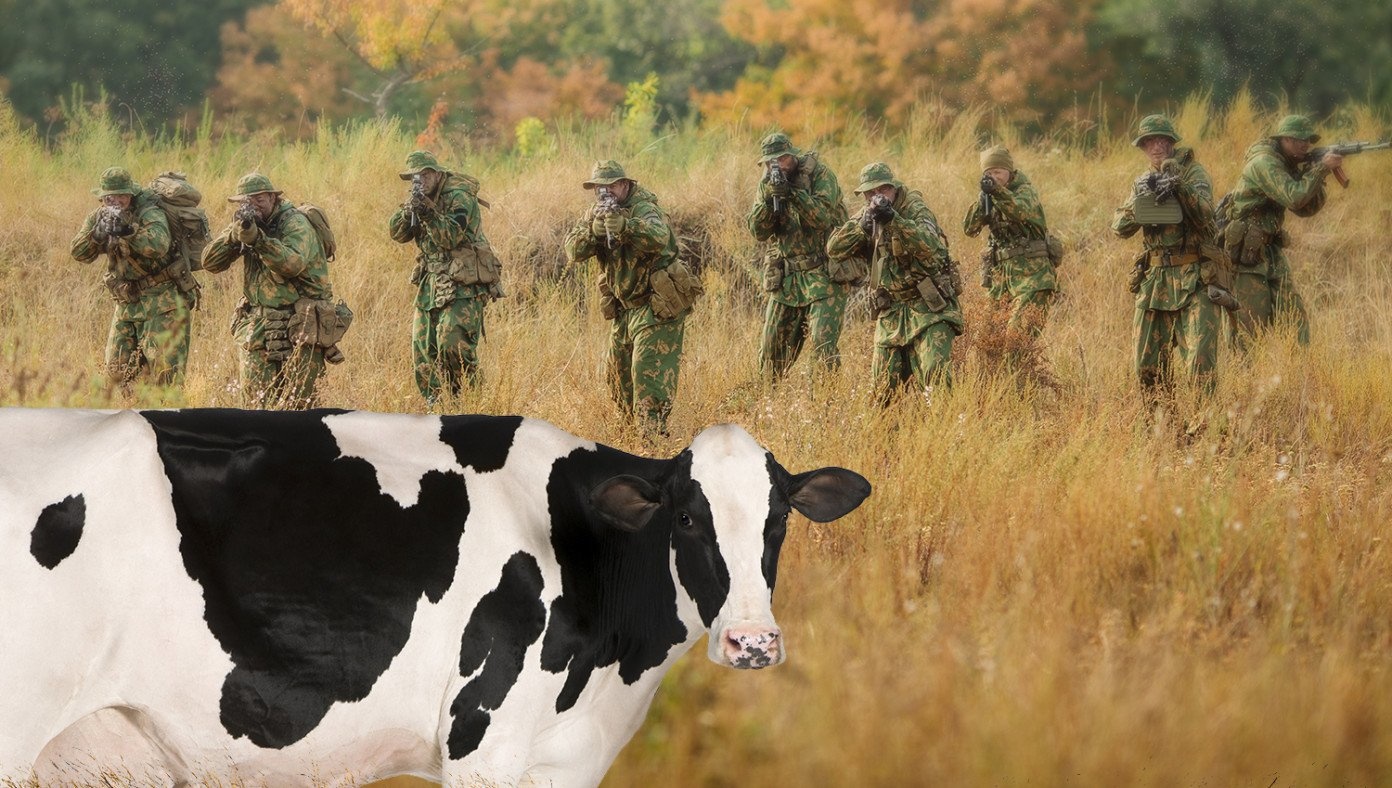