D-Day. June 6th, 1944. Men ran head-on into machine-gun fire and certain death. Do you think today’s generation could do that? No! They’d be like, “That’s too dangerous! I need to wear three masks, get a vaccine, and then hide in my home to avoid a 0.00001% chance of death!”

What happened to people? Well, ole Frank will tell you what happened. Playground equipment. It’s all fiberglass funhouses over rubber and covered in caution signs to make sure little Timmy doesn’t get a scrape. It all tells children the lie that the world is supposed to be safe and easy.

You know what playground equipment was when I was a child? Barbed wire you dangled from over broken glass. Because my parents, who spent their formative years stabbing Nazis in the face, knew the world was full of danger and death. Wrapping your kids in bubble wrap to prevent cuts and bruises doesn’t stop the Commies from nuking us, so why pretend you can make people safe?

But, at some point, we started raising kids wrong. You know who I blame? Hippies. One of my biggest regrets was I didn’t punch enough hippies back in the day; maybe things would have turned out better if I did. But those hippies wanted to pretend the world was full of love and happiness and decided you needed to coddle children. Soon, they’re all wearing seatbelts and bike helmets. Now, it’s masks. And it’s just going to keep going from there until we seal kids in boxes full of foam insulation.

It’s child abuse to keep kids that safe. They need danger. They need to know the world for real. That’s why we need a movement to make playground equipment more dangerous. It can start simple. Lay a few tacks under the monkey bars. Loosen the bolts holding the slide on. Release an angry dog that will get you if you ever fall. Eventually, we’ll move it up to rickety metal structures over hard, unforgiving pavement.

Is that scaring you? Well, shut up, or I’ll punch you like you were a hippie. The world is scary. And that’s the truth the kids need to know. Now, if they can get through all that without being horribly mangled, they’ll be ready the next time the world needs people to charge into machine gunfire. Well, don’t go straight into it — zig-zag a little, it’s safer. 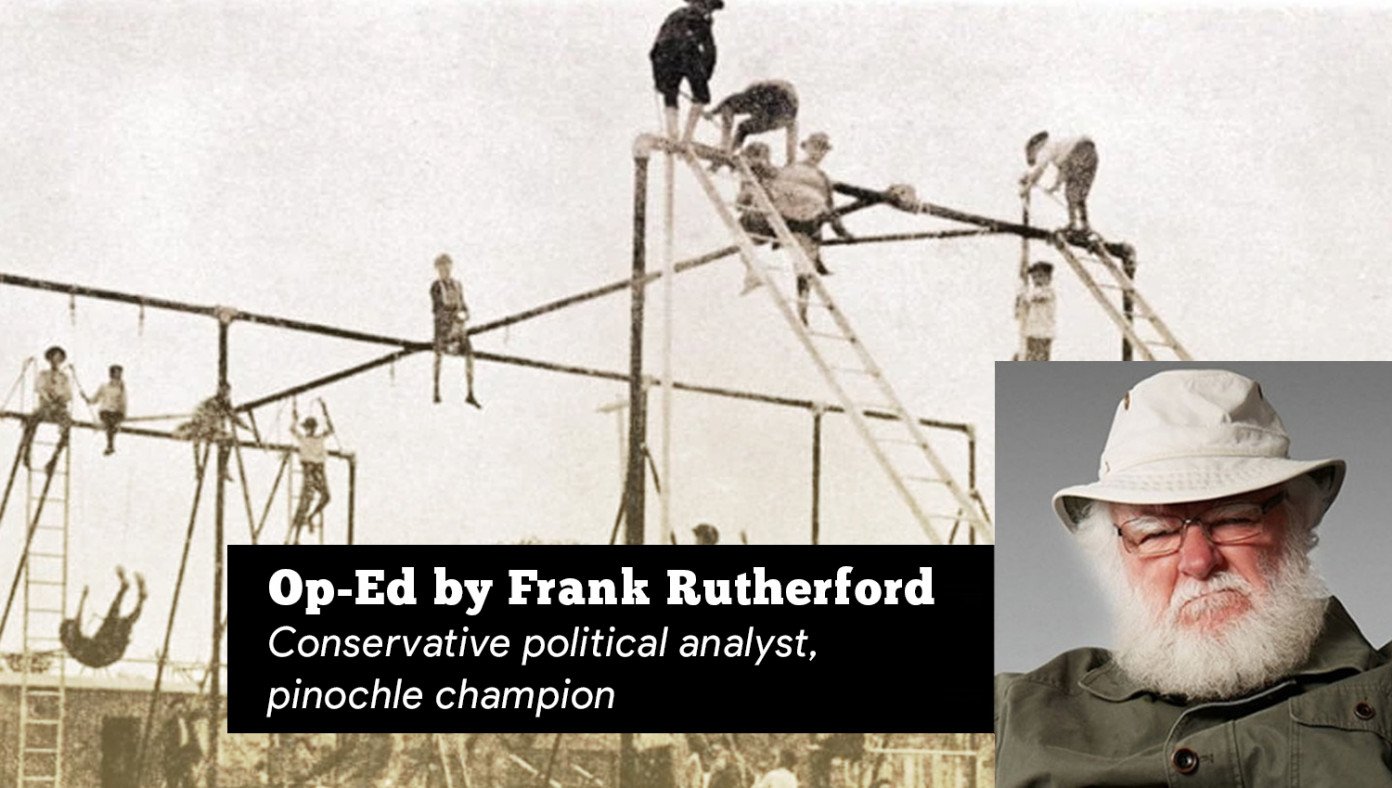