MENIFEE, CA—When his wife and kids asked him if they could get a cat last year, local father Miles Pan insisted he would not have anything to do with the purchase, feeding, or care of the animal.

"Look, if you guys want to get a cat, that's up to you. I have nothing to do with it," the father said sternly, putting his foot down as the head of the household. "I'm not going to feed the thing, I'm not going to change any litter boxes. As far as I'm concerned, we won't have a cat at all."

"I wash my hands of this whole thing."

The family agreed and went ahead and adopted a new cat named Reese.

Sources now say, though, that Pan is essentially a full-time cat butler for little Reese.

"Does his highness wish for more catnip?" the father asked this morning as Reese woke up on his king-sized bed in the cat suite -- a converted master bedroom. Pan now sleeps in the guest room. "Yes, right away, your majesty. We are out of fresh liver but I shall run to market posthaste."

Every morning, the man who is now a cat butler attends to the wishes of the cat, whether he wants a new toy, fresh sheets, or just to chase a laser pointer around for a while. He spends his every waking hour making sure the cat is taken care of, while the kids seem to be totally oblivious to the fact that they even own a cat. The father who said he didn't want a cat in the house was seen earlier today giggling as he grabbed Reese's arms and made it look like he was dancing the Macarena.

At publishing time, the family was talking about getting a puppy, and Pan insisted he would have nothing to do with it. 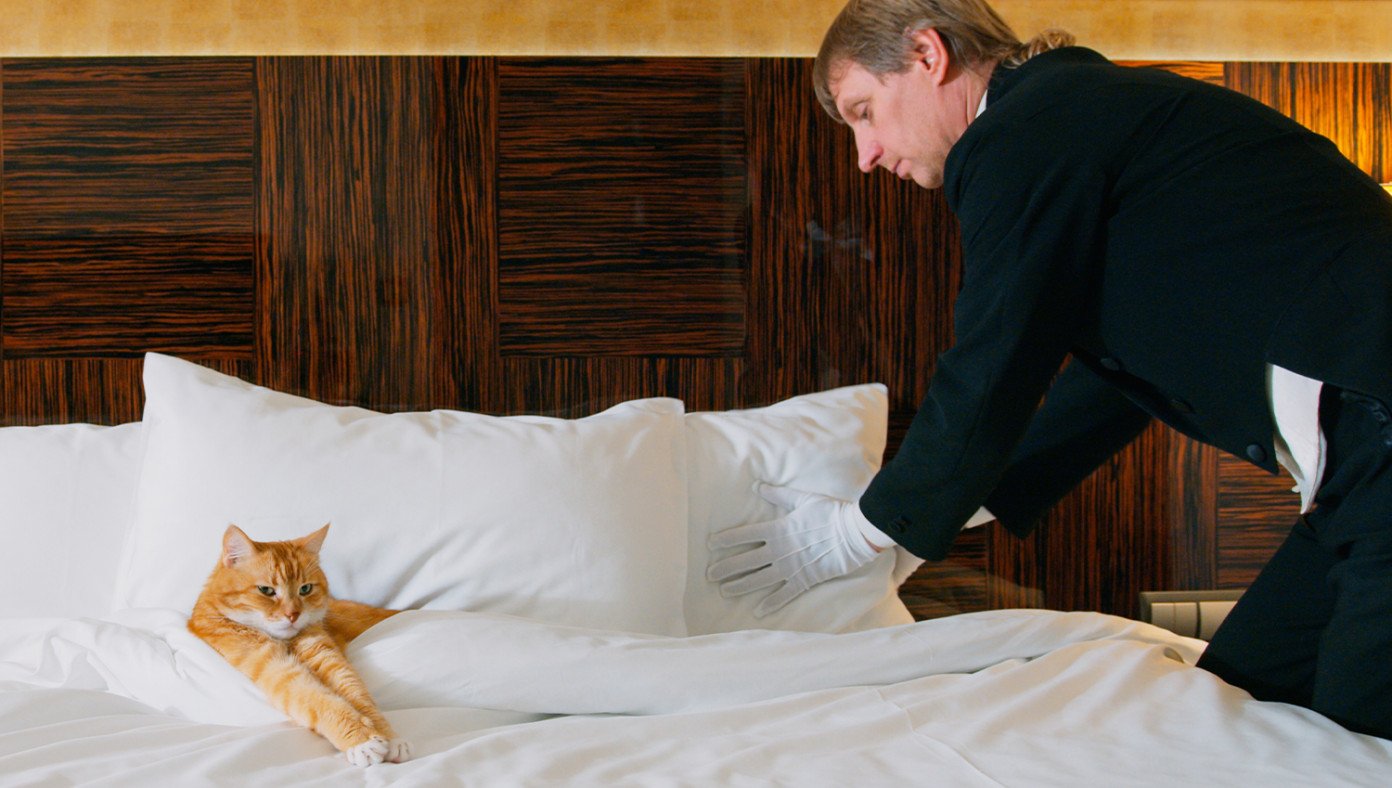