ONTARIO, CA—While waiting in line for the bathroom at the airport, local woman Kendra Carson announced she suddenly identified as male, just so she could avoid waiting in the lengthy line for the women's restroom.

"I suddenly feel my identity is actually male," she said as she cut in front of all the other women waiting for the bathroom and ran for the men's restroom. "This is an important part of who I am, and if you disagree with me, then you are a bigot for denying my internal felt reality."

Carson then ran into the men's restroom, took care of her business, and left. "You know, actually, I'm feeling female again," she said, a look of relief on her face. "I am now, once again, a woman. This is an important part of who I am, and if you disagree with me, then you are a bigot for denying this obvious biological reality."

Later that day, Carson went into her boss's office to ask for a raise, and briefly identified as male so as to get paid up to 25% more for her work. 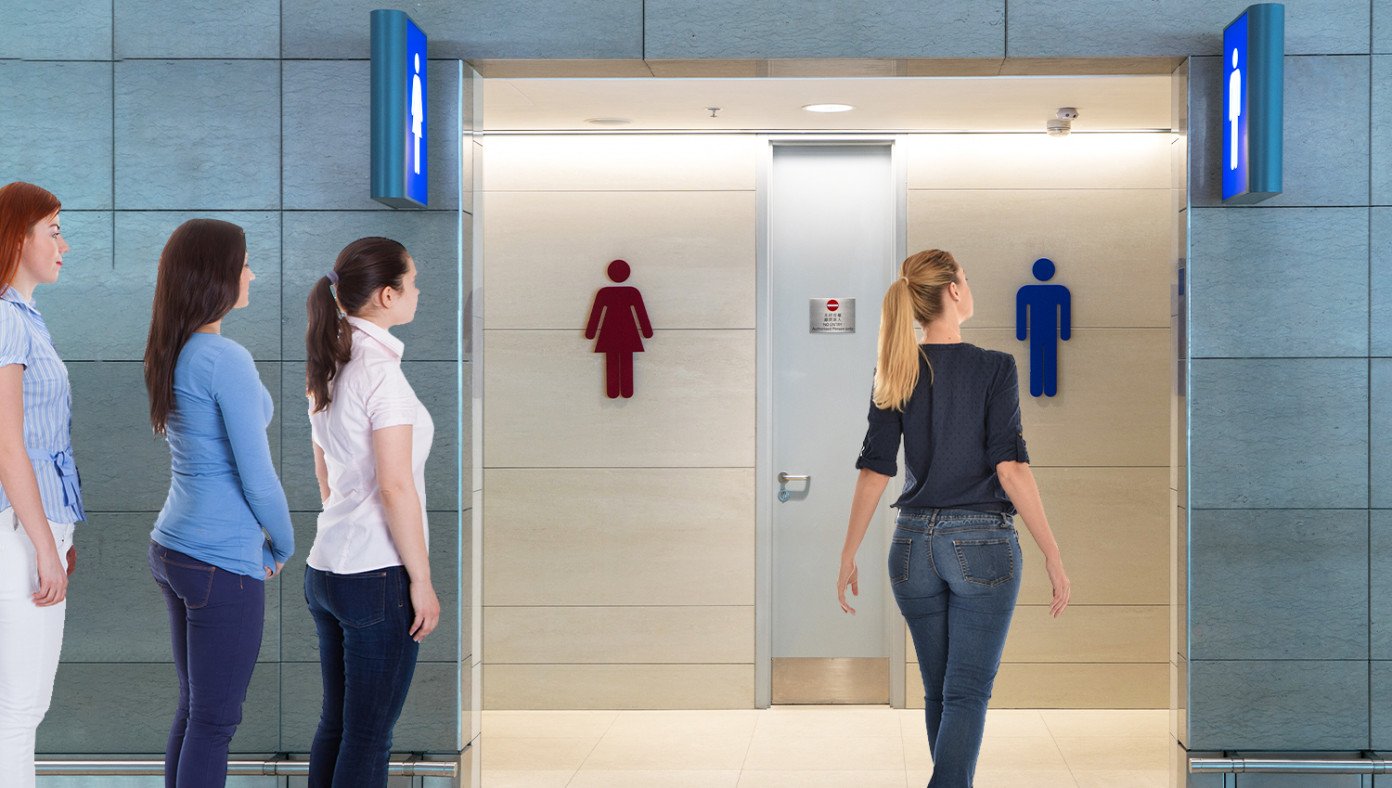