AUSTIN, TX—Open Table Methodist Church Of The Open Door has bravely come out in support of all progressive positions that are popular with prominent politicians, media personalities, and society at large.

The announcement took place Monday on all popular social media platforms and several giant banners were hung outside the church building in a Pride Month ceremony that was carried by all local media stations and live streamed. The church had come out in favor of all the genders, full LGBTQ inclusivity, sensible gun control, and ending the filibuster rule in the U.S. Senate no matter what people in the media or politicians might say.

“We are willing to take the consequences for our stance,” announced Rev. Martha Moonbeam. “In this house we believe Black Lives Matter. The organization, just to be clear. And that love is love. Science is real. Feminism is for everyone. No human is illegal. Women’s rights are human rights. Kindness is everything,” she continued. She then planted a yard sign in the church parking lot that said exactly that before flipping off a truck sporting an American flag that was driving by in what the church says was a hate crime.

“We’ve gotten some hateful attacks like that in the past for our stances,” continued Pastor Martha. “For example, some bigots would ask us on our Facebook and Twitter posts where we get our progressive positions from the Bible or historic Christianity, but we have decided to be on the right side of history and not worry about those backwards-looking troglodytes. The big tech companies usually do a pretty good job of suspending those trolls for us anyway.”

At publishing time, Open Table Methodist Church Of The Open Door was planning on bravely holding a socially distanced lecture in the summer of 2021 on slavery being bad. 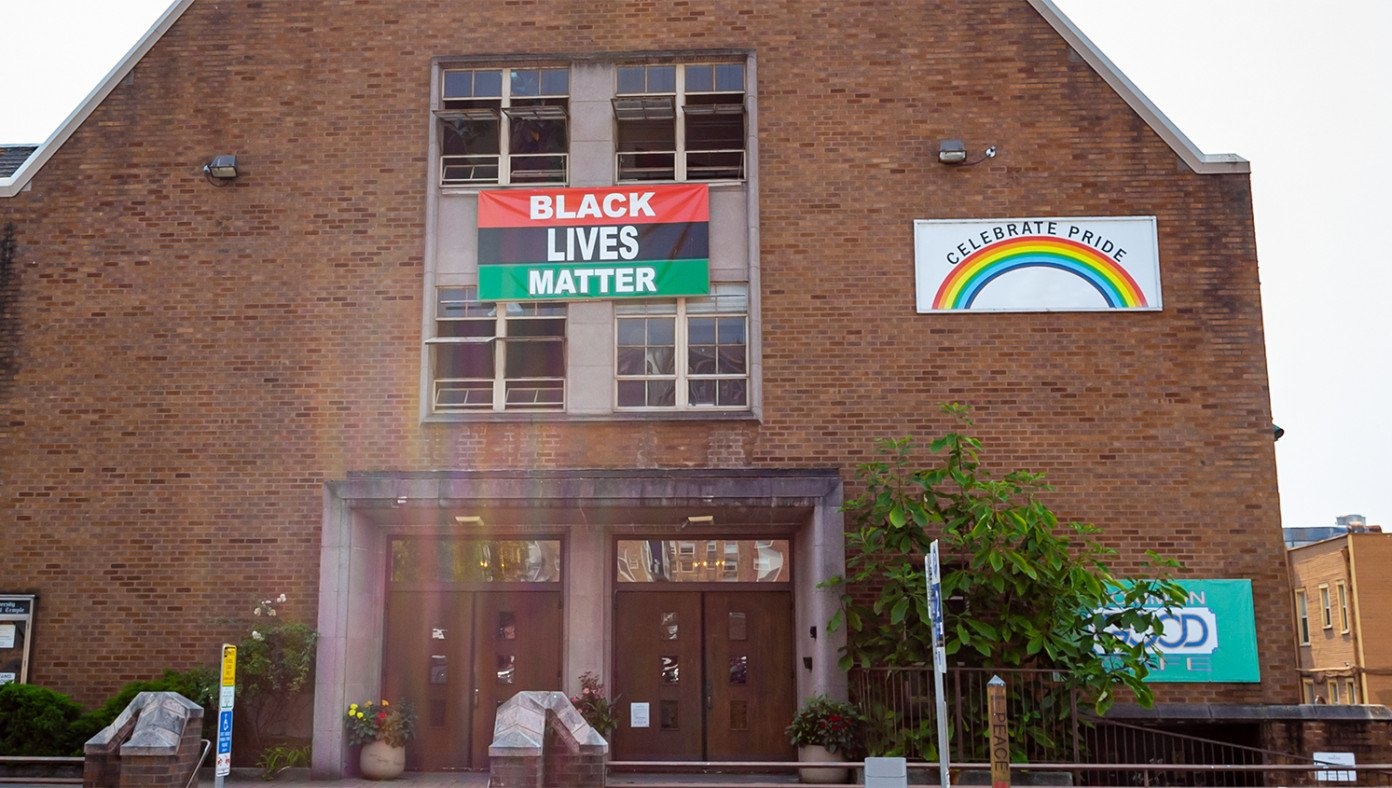