WASHINGTON, D.C.—A miracle occurred today at the offices of the Internal Revenue Service as former Representative Ron Paul began marching around the building blowing a shofar, causing the walls of the building to begin tumbling down.

Paul gathered a group of libertarians and began marching around the building, completing seven laps around the building. When they had finished, they all blew trumpets and gave a loud shout. Many began singing Rush songs like "Anthem" and "Freewill."

IRS guards posted outside the building simply laughed, but a stoic Paul stood firmly and waited. Sure enough, a few moments later, the ground began to shake, and the IRS guards started to tremble in terror. Rocks tumbled from the building and it collapsed to the ground.

"Shout, for the Lord has given this building unto you!" cried Paul. "You may all take the office supplies and such your own tax dollars paid for, for this is your God-given right. But leave all gold, silver, and crypto as a sacrifice for the Lord!" Paul then led a charge into the building. And there was much rejoicing.

At publishing time, Paul was seen marching around the Eccles Federal Reserve Board Building. 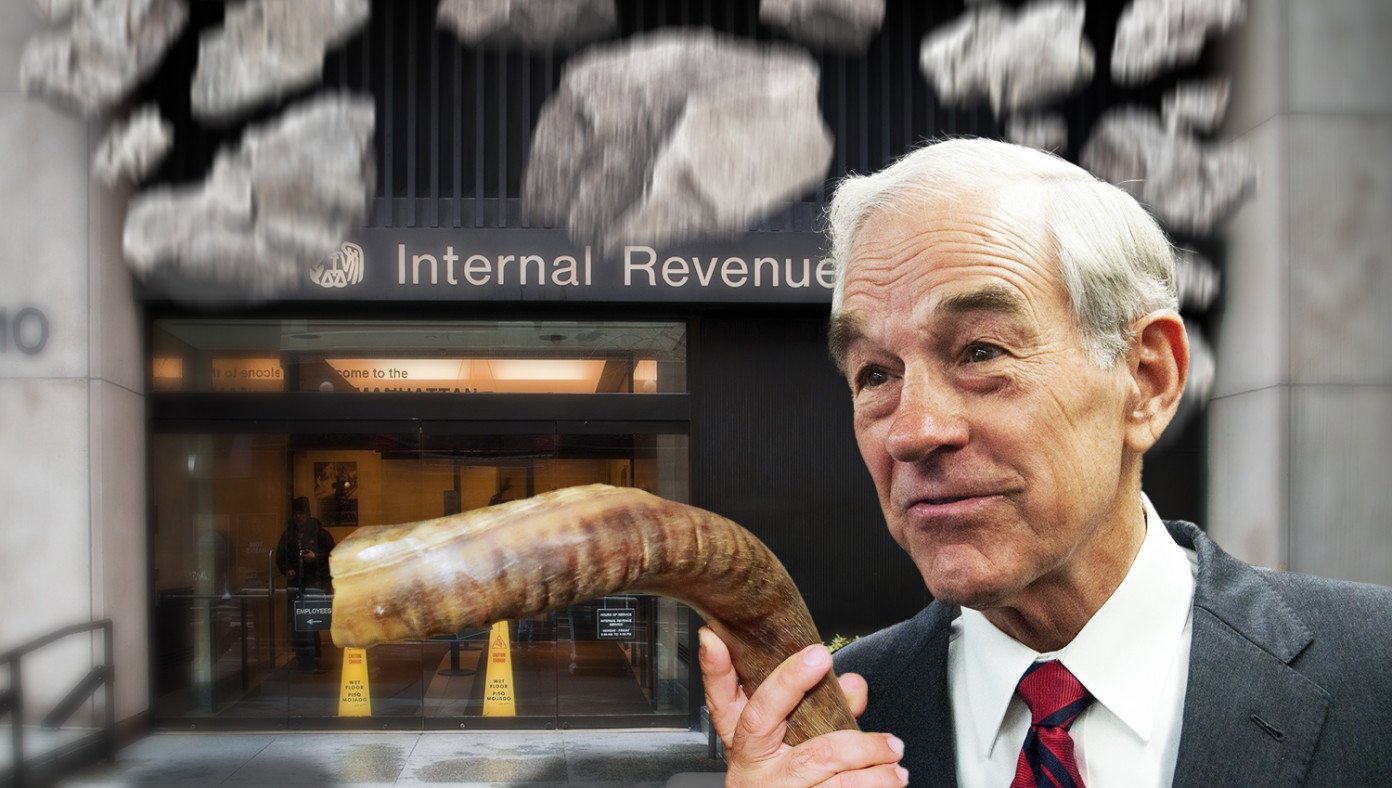