“While as Catholics we must object to unifying the body, soul and divinity of Christ to someone who is unrepentant in their support of murder, we fully support President Biden’s right to enjoy a vanilla wafer,” said Father Shannon. “Now can a vanilla wafer undergo transubstantiation? Really getting into the metaphysical weeds here, but to be safe we’ll leave them off the altar until Joe comes up and pull the ol’ switcheroo.”

President Biden has reportedly been outraged over a movement to deny him the eucharist, claiming that he does not personally support murder, but simply supports women’s access to murder. He also supports forcing the public to pay for murder, and wants to eliminate tax dollars going to crisis pregnancy centers that offer alternatives to murder – but to be clear, once again, he does not like murder.

Sources say that President Biden has yet to notice the change, but did remark that Communion has been extra tasty lately and always gives him a hankering for milk. 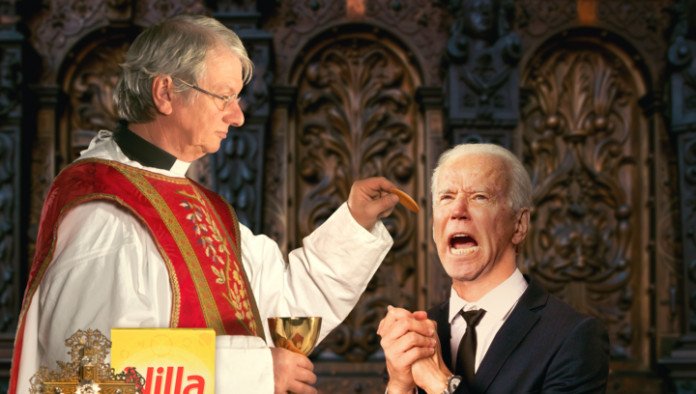