BIRMINGHAM, AL—A new front has opened in the cake wars, this time with the owner of 'Do Better Bakery' coming under fire for refusing to bake a Trump-themed cake for local man Beau Nelson.

"All I wanted was to have a Trump-themed birthday," said Mr. Nelson. "We had it all set up-- pin the crack pipe on Hunter, a Mike Pence piñata-- then the baker throws a fit about writing 'Trump Won' on a cake! Said he refused to 'spread the yeast of insurrection'...is this knuckle-head using yeast in cakes?"

The owner of the bakery, Mr. Oliver Bennett, has steadfastly refused to back down. "We here at the 'Do Better Bakery' exist to support diversity, equity, and inclusion. It's why I've moved to using only black flour, baking bread that identifies as cake, and occasionally firing myself out of guilt. And this guy wants me to bless the Big Lie with cake? I'd rather take this mask off, catch COVID, not take hydroxychloroquine, and die!"

Attorney General Merrick Garland, his schedule cleared after recently being smacked down by the Supreme Court, took time to weigh in on the case. "It's such a terrible violation of rights to be asked to write a lie with delicious frosting. A business should always have the right to refuse a customer asking them to violate their own conscience. To be clear, that's totally different from the Masterpiece Cakeshop guy being asked to violate his conscience. Why? Because I say so! Hahahahahaha oh man this job is the best!"

According to sources, Mr. Nelson did consider going to the 'MAGA Bakery' to get his cake, but it was all the way across the street and he thought it would be more fun to trigger a "liberal snowflake" baker. 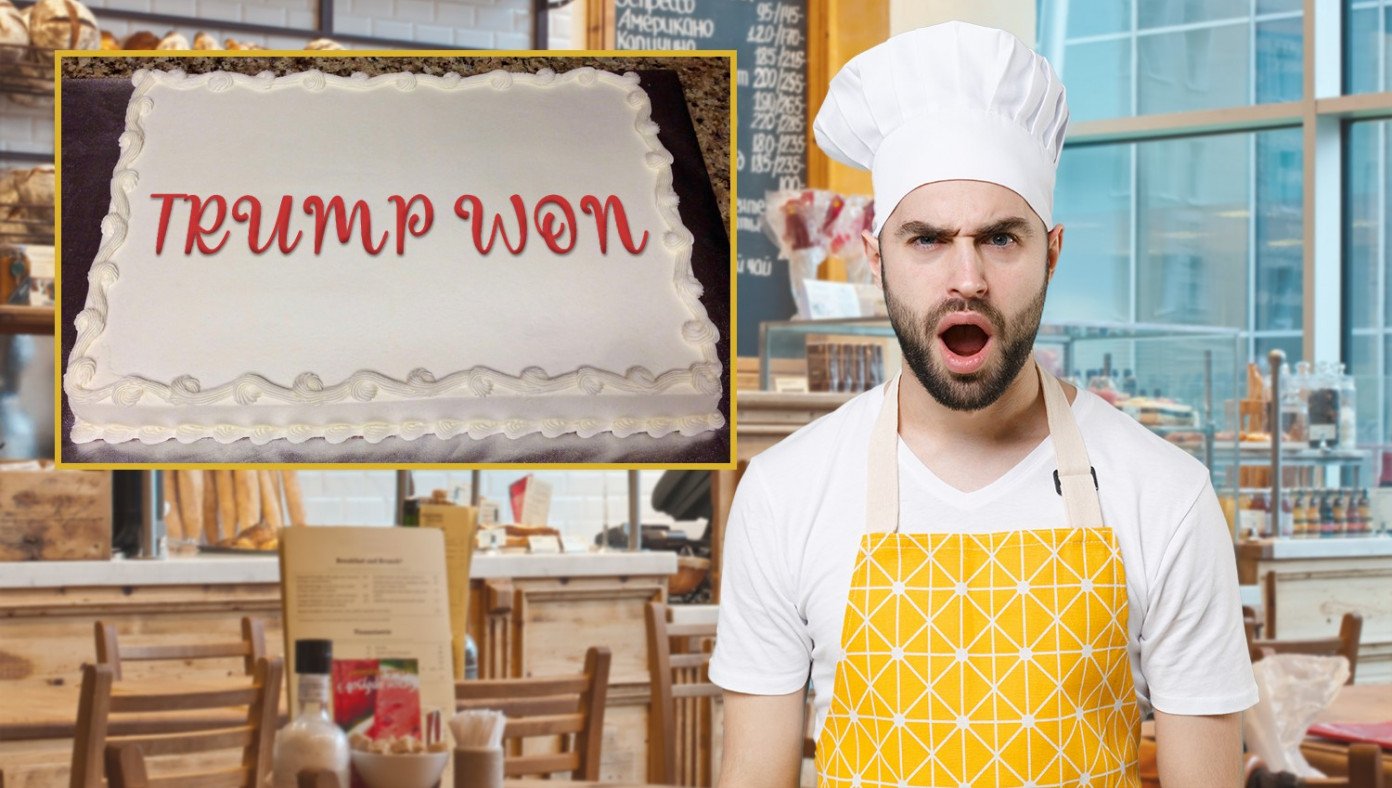