U.S.—McFarlane Toys has released a brand new, special edition action figure of the universally adored sports hero LeBron James. Unlike previous figures of LeBron, this one will feature realistic "flopping" action to immerse children in the NBA play experience.

"We wanted to make a toy that really captured what kind of player LeBron James is," said toy designer Richard Cringle. "When you press this little button on his back, or touch him at all, or get within 3 feet of him, he will flop dramatically on the ground and start crying."

The toy set will include a basketball, a knee brace, a tiny tube of Bengay, a cute little BandAid, and a flopping LeBron figure that will say all his famous catchphrases, such as:

"Owwweeee!"
"Ref! REF! REF! Did you see that? REF!"
"Waaaaaaaa"
"My mom said you guys have to let me play!"
"You're next!"
"Defund the police!"
"Hail President Xi, may he live forever!"
The new toy is expected to hit stores in the fall. 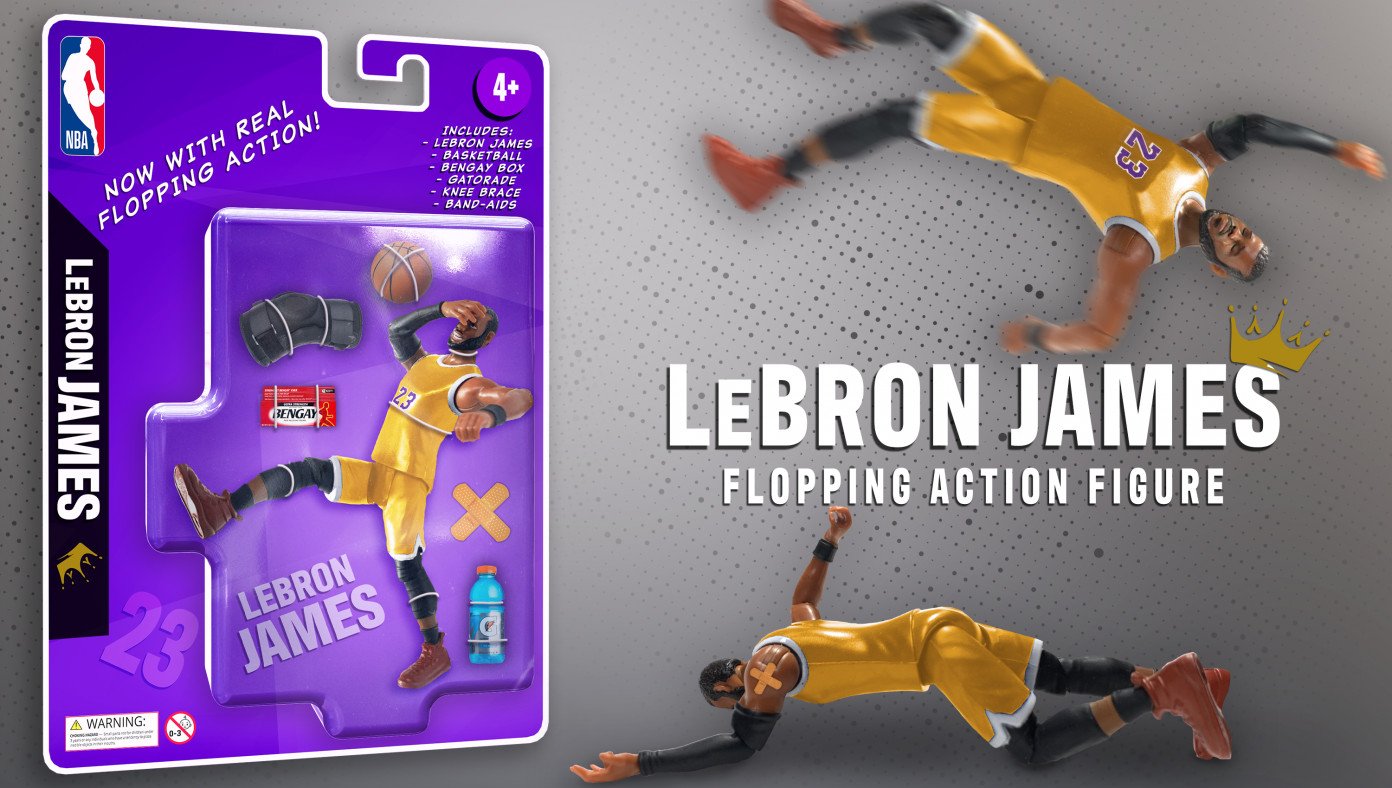