July 12, 2021
Rural Americans Burn Kamala Harris At The Stake For Witchcraft After She Shows Them A Photocopier

PODUNK, KS—Vice President Kamala Harris caused quite a stir while trying to help rural Americans vote. She traveled to some of the most backwater areas of America — thousands of miles from civilization — and brought a photocopier to show them how to copy an ID card. The rural Americans had never seen such a device, though, and soon became angry at it.

“It’s stealing our documents’ souls!” exclaimed one simple rural American upon seeing his ID copied. He then pointed an accusing finger at Harris. “She must be a witch!”

“I am not a witch,” Harris stated, though her statement was undercut by the way she kept cackling like one.

The angry rural folk then tied Harris to a stake to burn her as a witch.

“It was not my idea to impose advanced city technology on your simple rural brains!” Harris pleaded with them. “That is the fault of the Republicans! I wanted to spare you from this!”

The rural people ignored her and began lighting kindling around her feet.

“Science forgive them!” Harris called out. “They know not what they do! For they are too rural and simple! Their brains are filled with nothing but knowledge about corn!”

After letting it go on for a few minutes, the Secret Service finally decided they should probably do something, so they put out the fire, untied Harris, and took her away on Broom One. 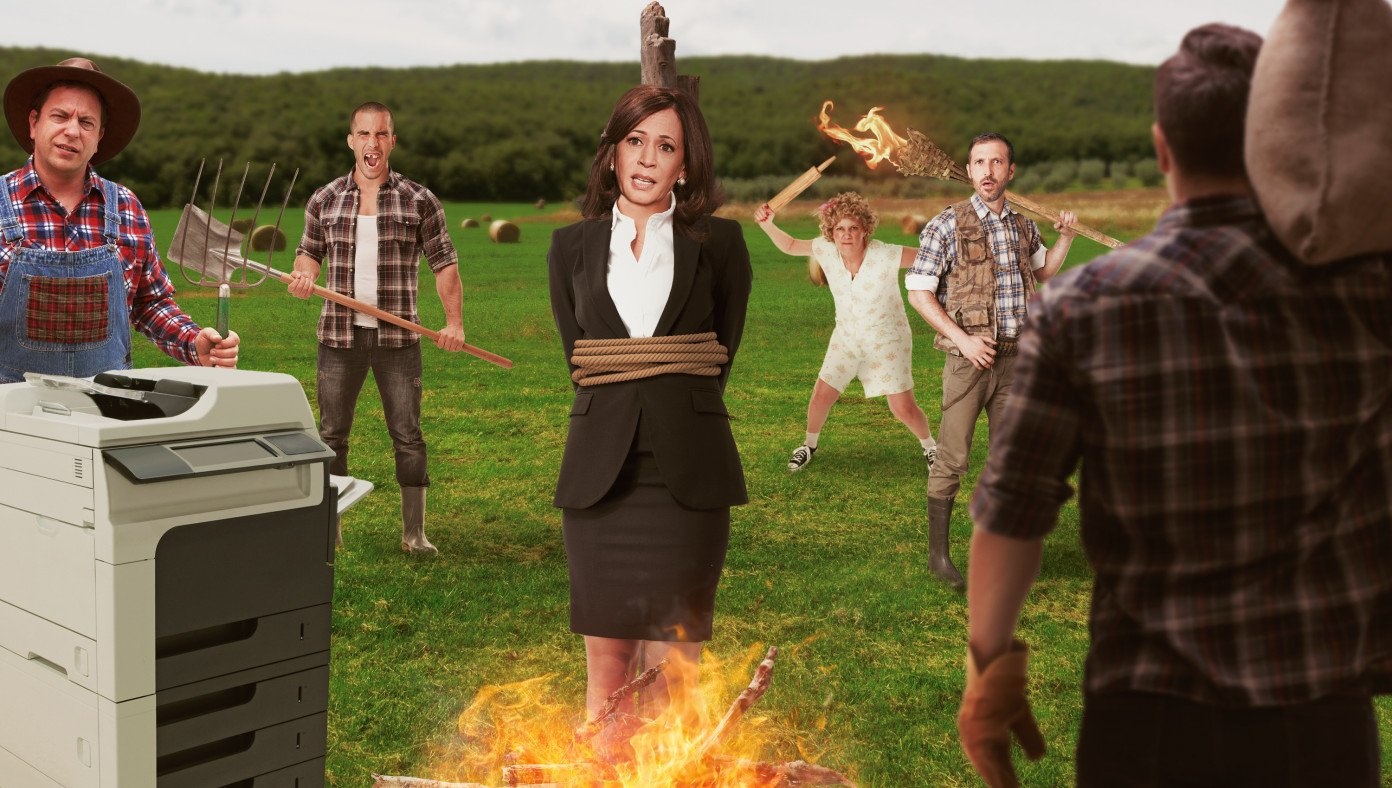