July 20, 2021
Desperate Humanity Sends Robot Back To 2004 To Stop Mark Zuckerberg From Ever Inventing Facebook

CAMBRIDGE, MA—With humanity languishing under the evil tyranny of Facebook, everyday citizens have pooled their resources together to send a killer robot back in time to 2004 to prevent Mark Zuckerberg from inventing the wicked technological scourge in the first place.

"We've created the ultimate bionic A.I. humanoid to find Zuckerberg and prevent this dark future before it begins," said Bubba Crullers, head technician on the project. "We're not trying to kill him or anything-- instead, we've programmed the robot to befriend young Mark and try to get him really into World of Warcraft, or introduce him to a really beautiful but controlling girlfriend, or make him take up bass guitar and join a lousy punk band, or convince him to study abroad in Tibet and become a monk."

"Whatever works-- we don't care. We just have to stop Facebook."

Experts predict that as soon as the robot's mission is completed, utopia will instantly break out around the earth, no one will ever believe any misinformation about anything ever again, and conservative uncles will have more time to watch World War II documentaries.

(Update: According to sources, the robot has completed its mission, which unfortunately caused young Zuckerberg to focus his energy on uploading his consciousness to a globally-connected supercomputer and he now rules the world. So, that backfired. All hail Zuck!) 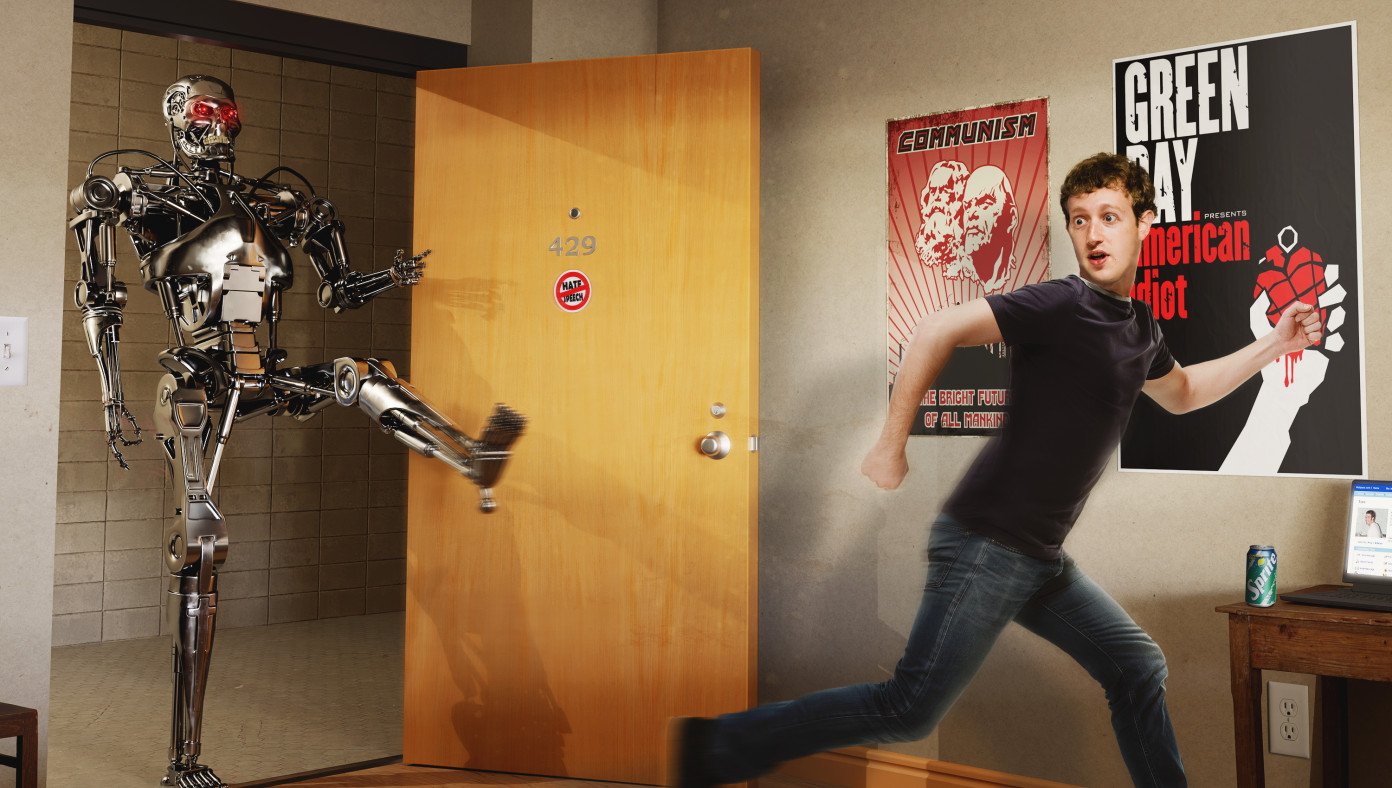