July 22, 2021
AOC Says How She Accidentally Glued Her Face To Her Coffee Table Is A Clear Failure Of Capitalism

NEW YORK, NY—Representative Alexandria Ocasio-Cortez, the world’s smartest socialist, is always talking about the evils of capitalism. Now tragedy has struck her with what she sees as a clear failure of that economic system: She has accidentally super-glued her face to her coffee table.

“See what capitalism has done to me?!” Ocasio-Cortez told the press who had to meet her in her living room, since she couldn’t leave because a coffee table was glued to her head. “I had broken apart a vase I bought, to see if there was a prize inside — there wasn’t — and then I was trying to glue it back together. So I emptied a whole tube of Krazy Glue to prepare, but then I thought I heard my coffee table talking to me — like maybe I got superpowers where I’m able to understand the secret language of furniture, as I did get electrocuted by my toaster recently, and that sort of thing can give you superpowers. So I put my ear to the coffee table, but then I got stuck because of all the glue. And the coffee table wasn’t even talking — I had just dropped my phone underneath it. Capitalism has gotten me once again!”

Ocasio-Cortez then described how this was all because of capitalism, which drove her to buy a glue made way too strong, a vase with no secret prize in it, and a phone that she was constantly playing YouTube videos on and dropping. And now all those things conspired together to get her face stuck to her furniture.

Critics, though, have said that Ocasio-Cortez actually likes capitalism, as demonstrated by her online store, of which she’s proud. “That’s not capitalism,” Ocasio-Cortez explained. “That’s just me meeting consumers’ wants by providing merchandise at prices they’ll pay. That’s a good thing. Capitalism is just bad things, like getting your face glued to a coffee table. Destroy capitalism! Also, you may need to destroy this coffee table. And then someone needs to buy me a new one.” 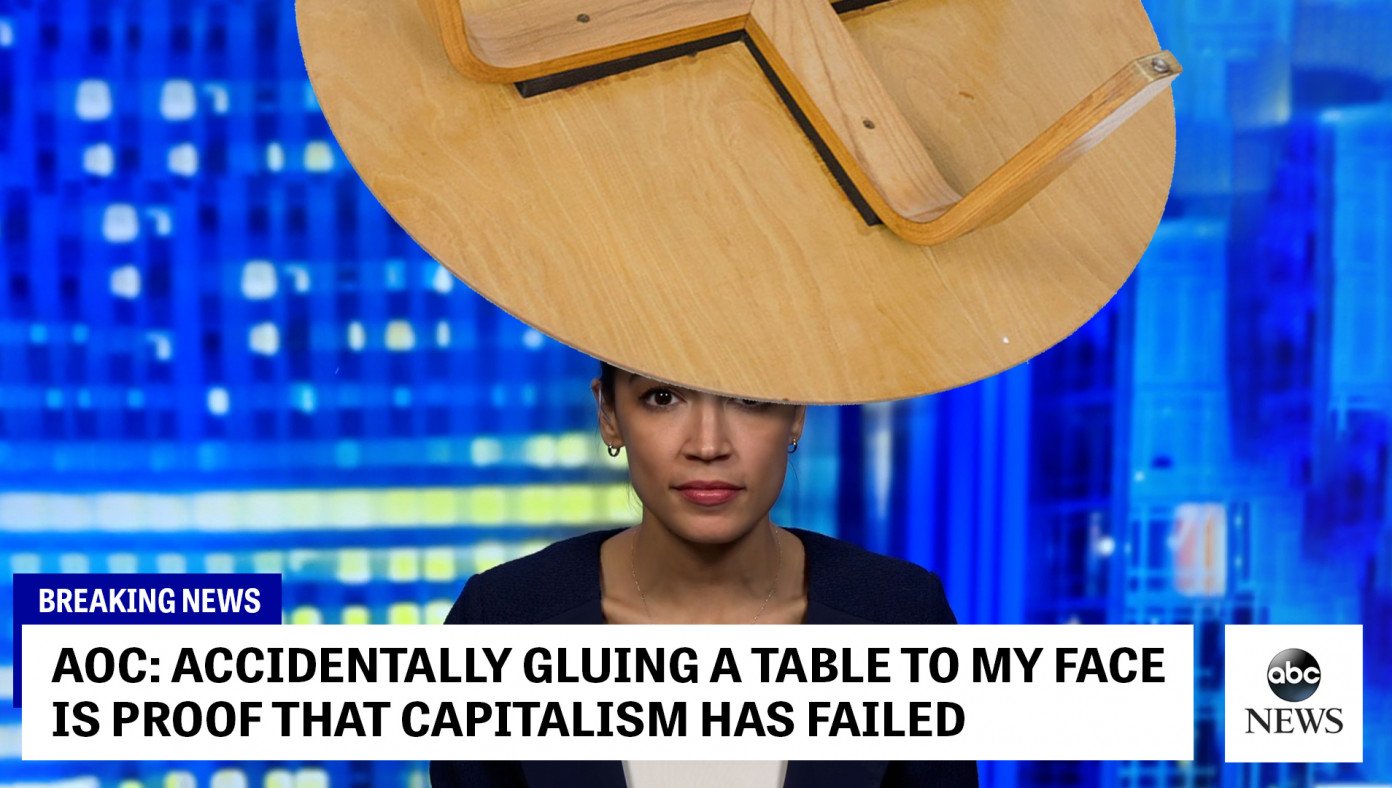