July 29, 2021
New 'Oregon Trail' Game Has You Try To Survive A Trip Through Portland

U.S.—The latest retro-styled reboot of Oregon Trail will have you try to survive as you trek through a dangerous land filled with hazards and hostile natives: not the American West, but rather, modern-day Portland, Oregon.

"Load up yer wagons and see if ya can make it through this deadly wasteland!" says the voiceover guy in the first trailer for the game, posted on social media Wednesday. "But watch out! You'll face angry, primitive natives, like Antifa and Black Lives Matter!"

The game has players load up their station wagons with supplies like avocado toast, vape pens, craft beers, and other Portland staples, and try to drive a few miles across town without getting mobbed by a group of protesters. Clever players will choose to outfit their wagons with Bernie stickers and Coexist decals to try to ward off the natives. To feed their caravan of travelers, players will have to make daring stops at communist-owned coffee shops and risk going to taco stands in extra-deadly autonomous zones.

You can even play minigames where you befriend the locals and help them tip over some statues.

One "rookie mistake" is to dress your character in a MAGA hat, since that's an "almost certain" way to die of peaceful protests, according to the game's developers.

You can, of course, still die of dysentery. 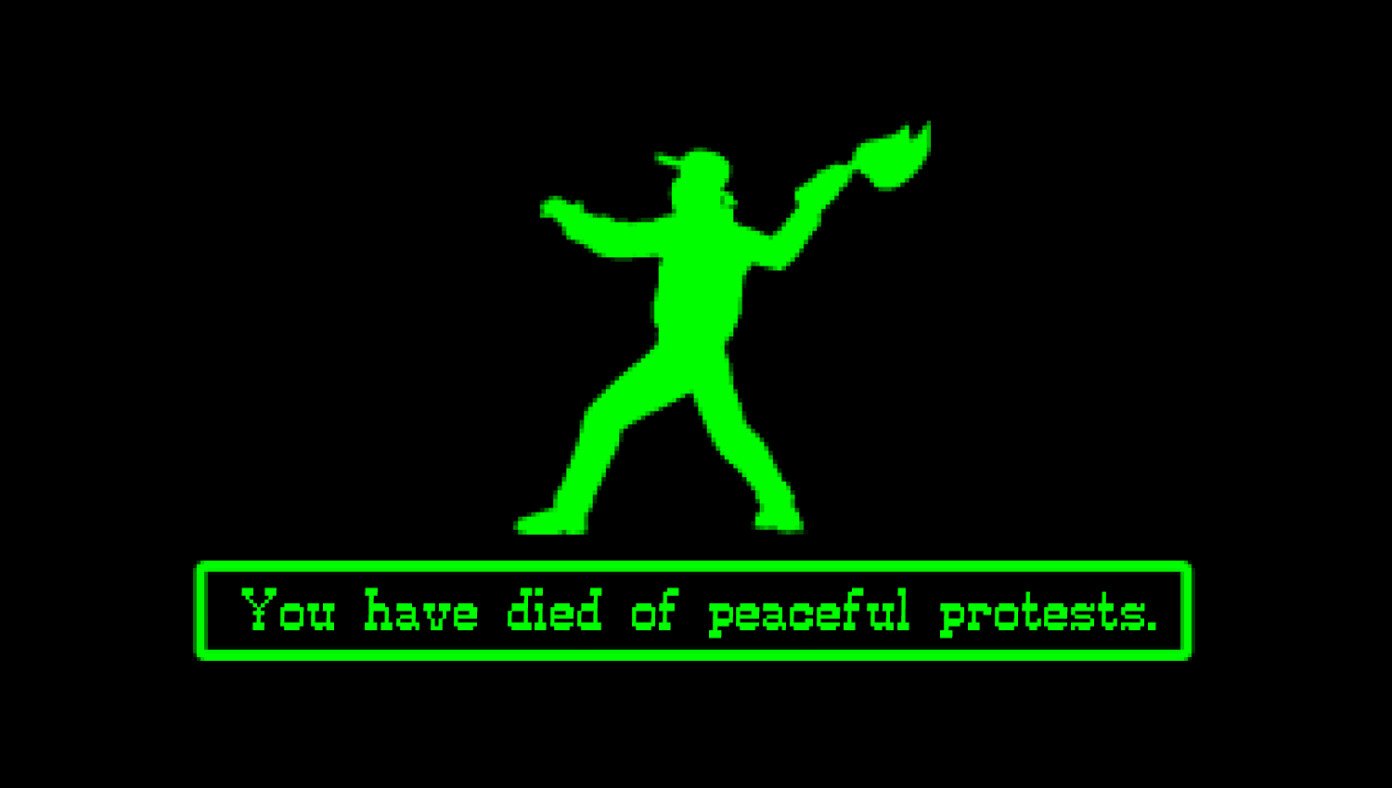