WASHINGTON, D.C.—Arrested and held in jail two months for rioting in D.C. on January 6th, Mr. Thomas Blackburn has been cleared of all charges after it came to light that in fact, he had only burned down a black-owned small business across the street from the Capitol.

"We deeply regret Mr. Blackburn's arrest - none of this should have ever happened," said Attorney General Merrick Garland. "While the Department of Justice has committed every resource to jailing anyone who came within a hundred yards of the Capitol that day, we are equally committed to allowing small business owners to face death while their livelihoods are reduced to ashes. We were trying to protect ourselves while letting small businesses suffer, and Mr. Blackburn got caught in the crossfire. We at the DOJ have to own up to our mistakes, and accidentally nabbing a guy just trying to torch a jewelry store was a big one."

During the hearing, lawyers for Mr. Blackburn pointed out on security footage that the objects in Mr. Blackburn's hands were clearly explosives and not selfie sticks - an almost certain sign of innocence. A man beaten senseless by Mr. Blackburn during the episode at the store came out of a coma in time to also testify on Mr. Blackburn's behalf, clearly placing the defendant at Jones Family Jewelers during the Capitol riot. The presiding judge immediately tossed the case after hearing the recently comatose man's stirring testimony.

"Justice was done today," said Mr. Blackburn's lawyer, Stan "The Rino" Bigsby. "My client was only guilty of being in the wrong place at the wrong time. I mean, Congress feels threatened and suddenly now we're prosecuting people for rioting? My client has been knocking over stores for months and not a peep. How was he to know a person could get prosecuted for looting and arson? Not that he doesn't feel remorse. He has assured me that he will never loot a store that close to a gathering of politicians ever again."

For his part, Mr. Blackburn has stated that he 'just wants this whole thing behind him' so he can go incinerate a Wendy's in peace. 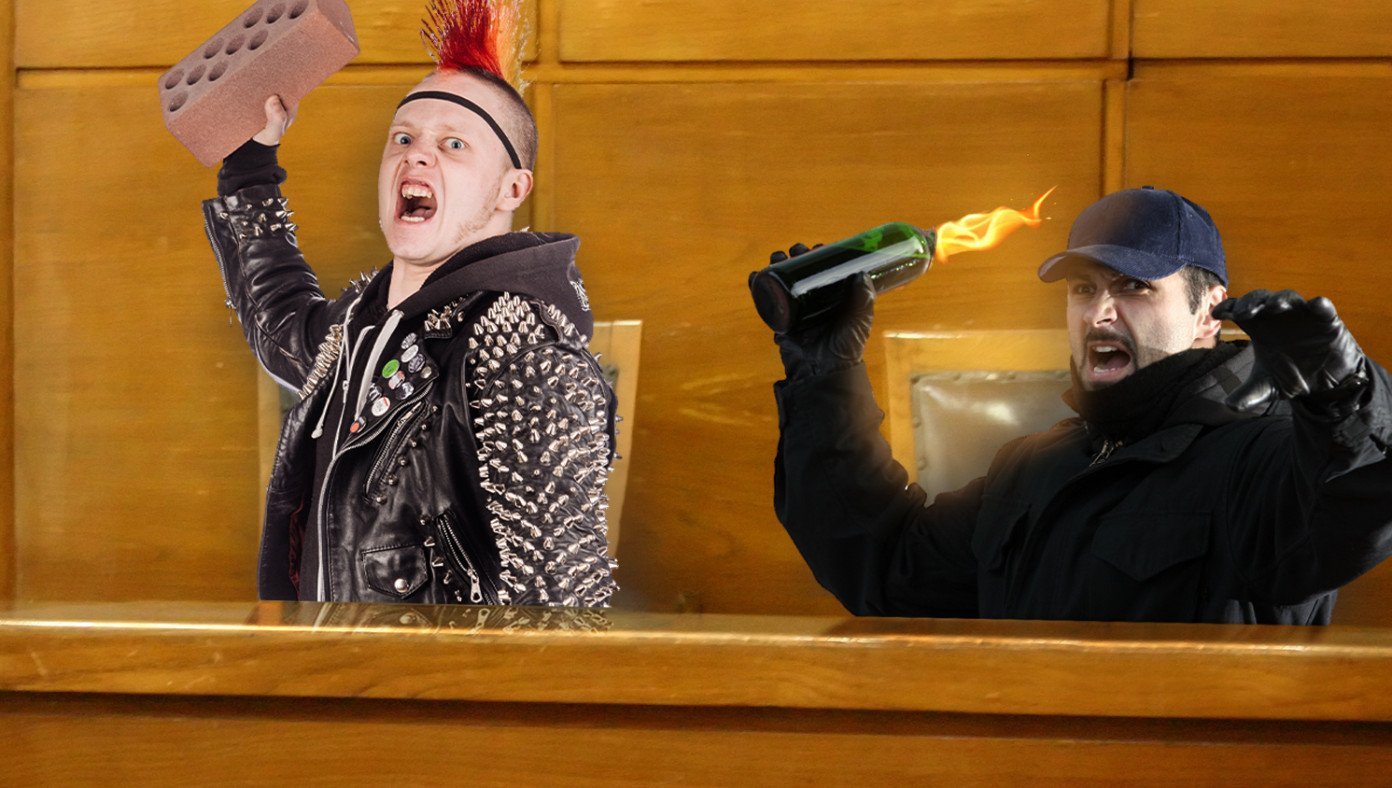