TOKYO—Olympic wrestler Tamyra Mensah-Stock was stripped of her gold medal Thursday after several of the athlete’s pro-USA comments were circulated online. A spokesman for the United States Olympic Committee (USOC) said there’s no place for that type of vulgar language in sports today.

“The United States Olympic Committee stands for pretty much the opposite of what the United States of America stands for,” the spokesman said in a prepared statement. “We have enacted a strict no-patriotism policy for the Tokyo games which all athletes are required to uphold.”

Ms. Mensah-Stock was already on probation with the USOC for failing to kneel during the national anthem. “Since her pro-USA comments were her second offense in as many days, we had no choice but to strip her of her gold medal,” the spokesman said.

Mensah-Stock’s controversial comments came in an interview immediately following her gold medal performance. “I love representing the US,” she squealed. “I freaking love living there. I love it and I’m so happy I get to represent the USA!”

For her part, Mensah-Stock says she was caught up in the moment and didn’t realize what she was saying. “I got excited and lost my head for a minute,” she said in a prepared apology as a laser dot danced around on her forehead. “As a black woman and a role model, the last thing I ever wanted to do was give the impression that I’m proud to be an American.” 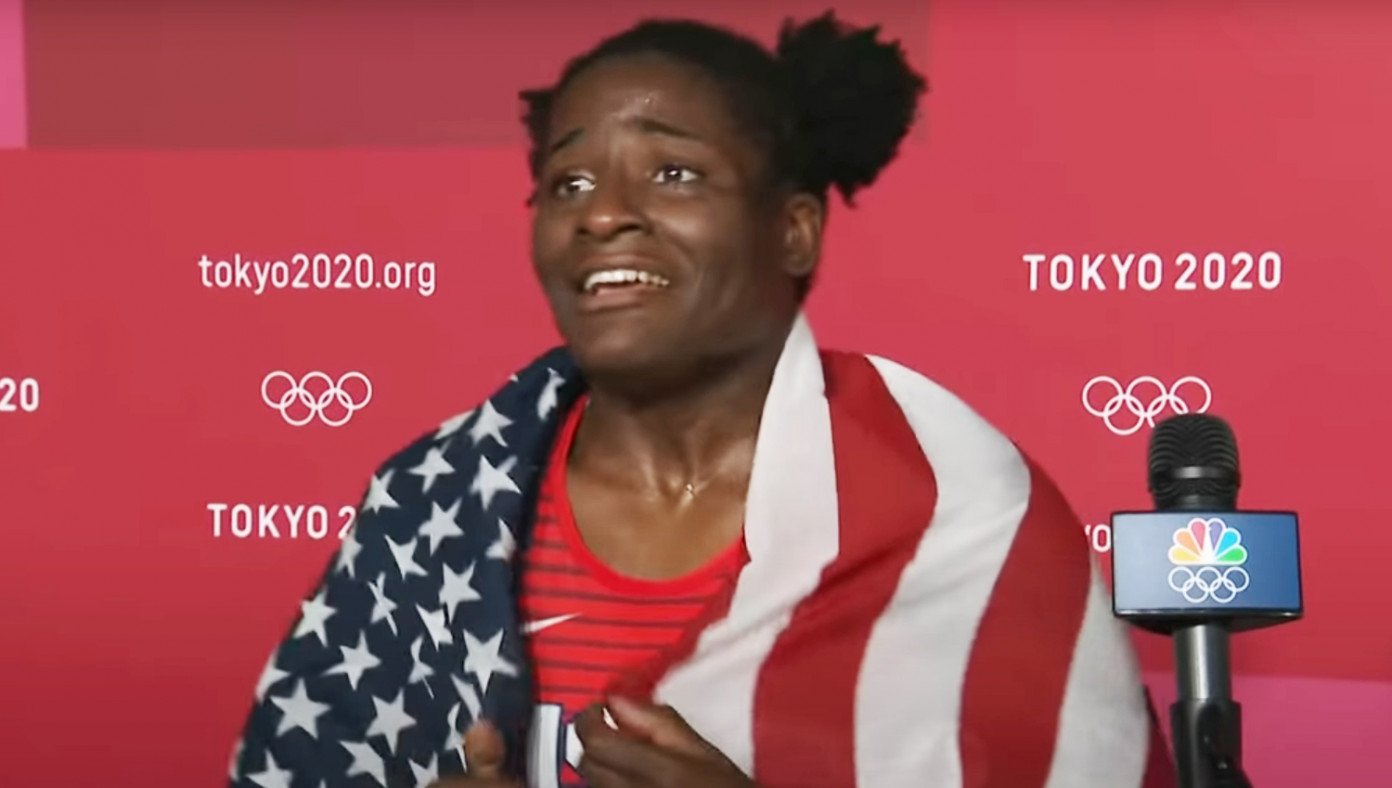