August 09, 2021
Op-Ed: I Tried Firing An AR-15 Yesterday And I Have Literally Been Soiling Myself For 17 Straight Hours

The AR-15 — the deadliest abomination known to man. A gun so terrible it’s killed more people than net neutrality and Trump’s tax cuts combined. And to demonstrate how awful this weapon is, I did something foolish: I tried firing one. And the experience was so horrible I have not stopped crying and soiling myself since.

Yes, even as I type this, tears fill my eyes at the remembrance of pulling that trigger and the terrible things that followed. And my pants... my pants are so soaked.

How to describe the experience of firing that monstrosity? When I pulled the trigger, it was like an explosion went off INSIDE THE GUN. There was fire and everything! And then the gun ATTACKED ME! It lurched back at me, trying to strike me with that flat part on the back of it. You heard me right: The gun tried to BLUDGEON ME TO DEATH!

I reacted immediately and dropped to the ground, curled up into a ball, and started weeping — the same thing I’ve been trained to do if I ever hear the wrong pronouns used. And then I emptied my bladder and have not been able to stop since. The doctor is telling me that with all the urination and tears, I could dehydrate myself; I will be yet another casualty of the terrible AR-15.

Obviously, any gun so scary it would make me continuously wet myself must be banned immediately. I don’t think I will be able to stop crying and peeing my pants until I am assured that no one out there owns an AR-15. This has so traumatized me that I have now nearly forgotten my previous trauma caused by a butterfly landing on my face. 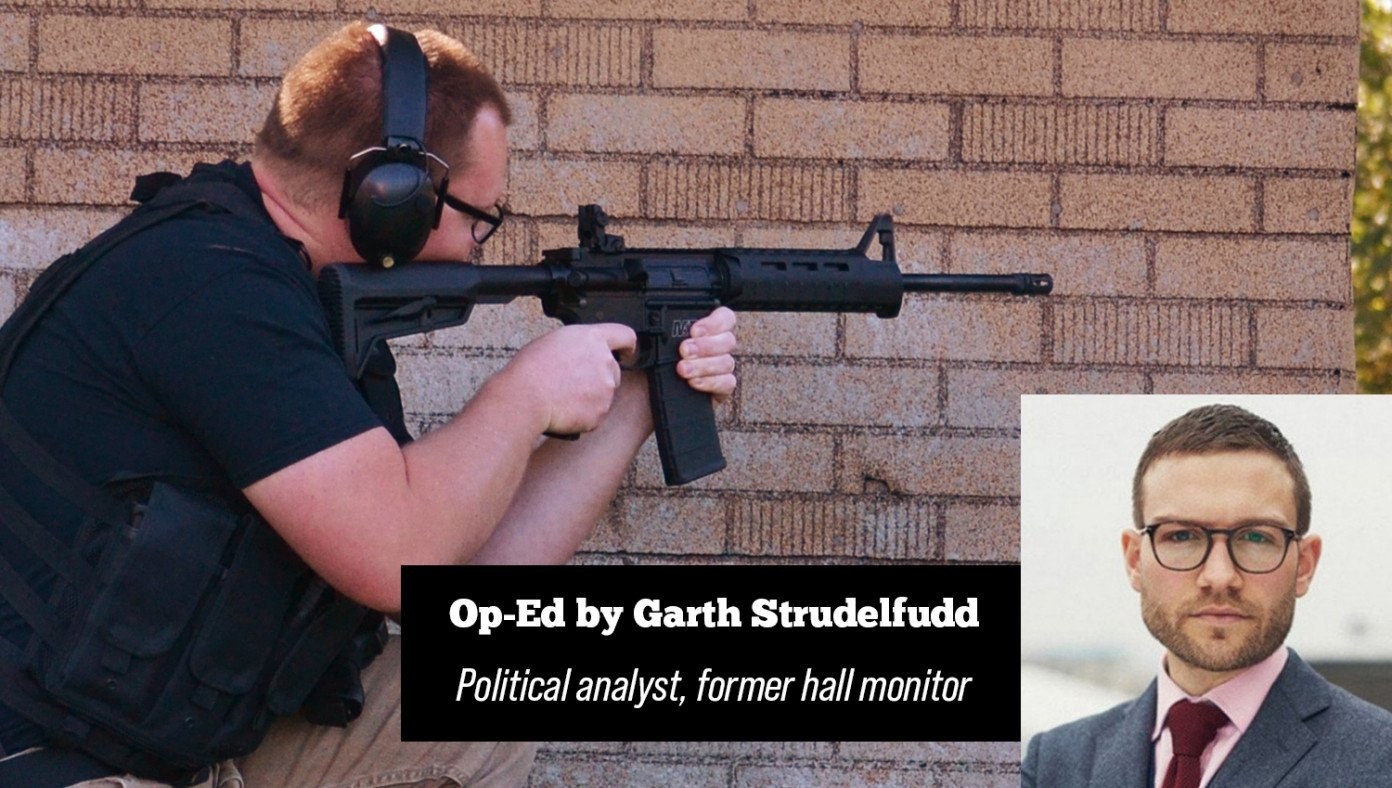