MARTHA'S VINEYARD, MA—Barack Obama held a light, casual, scaled-back birthday party for just 666 guests today, not wanting to hold a large gathering and spread COVID—not to mention the concerns that his mansion might be wiped out by climate change at any moment.

There were many fun activities throughout the birthday party, from a pinata shaped like President Trump to a hilarious ongoing gag of hiding Nancy Pelosi's dentures from her. But the real highlight of the event, according to attendees, was a fun, light-hearted game of "Pin the Drone on the Middle Eastern Country."

"Oooh, you almost got it, Joe! So close!" laughed Obama at his former acquaintance as President Joe Biden pinned a Predator drone cutout onto an expensive lamp some 200 feet away. "You were really close that time, I promise!"

Many guests were having trouble getting the drone pinned on the poster, as they were blindfolded and spun around a few times. Plus, many of them were already drunk on expensive wine, beer, or the blood of small children.

After dozens of guests missed key cities, though, the man himself stepped up to the plate and, after being spun around a few times, walked right up and slapped the Predator drone on a hospital full of civilians.

Without even looking back, Obama walked away and smiled, putting on his shades as though in slow motion. "I still got it. I still got it." 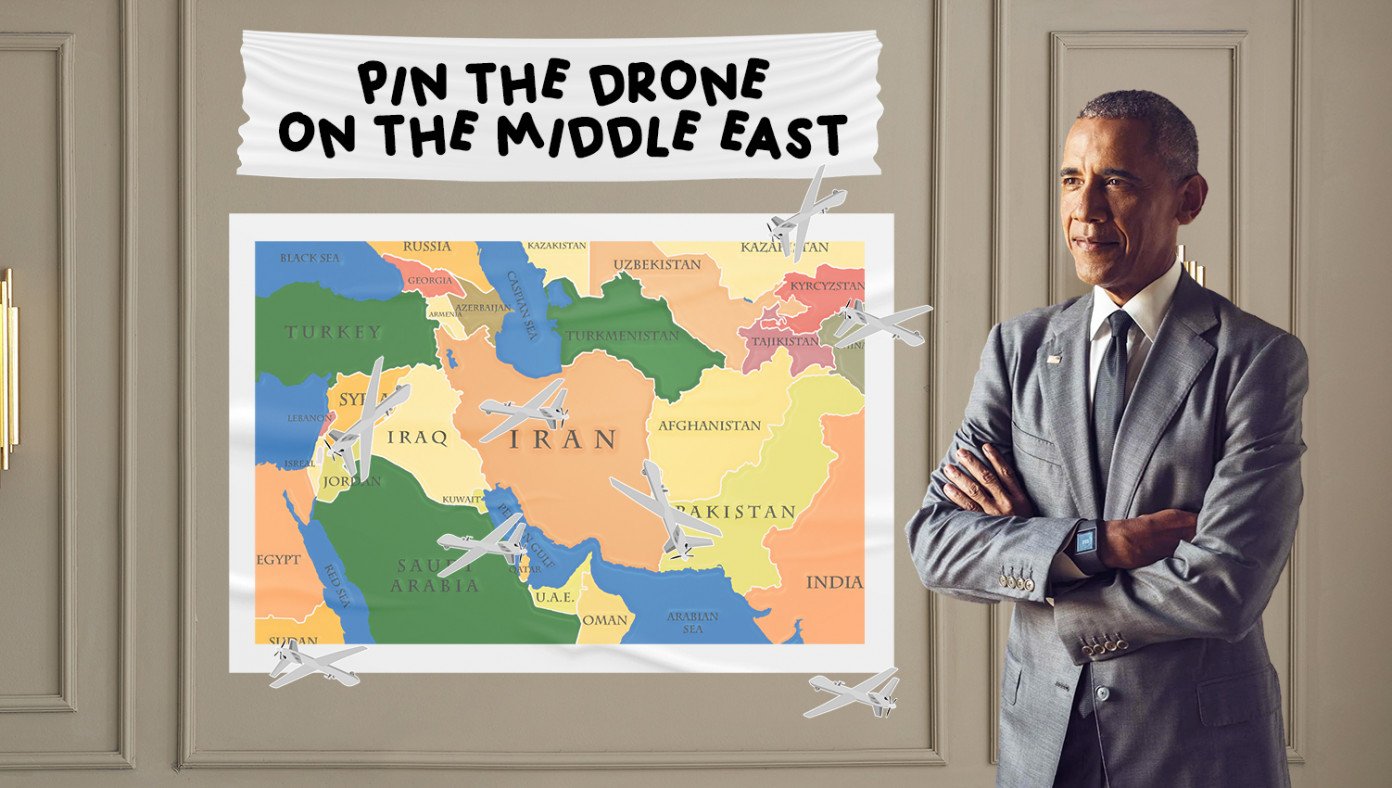