August 17, 2021
Trump Sneaks Back On Twitter By Disguising Self As Taliban Spokesperson

U.S.—Trump has been allowed back on Twitter after disguising himself as one Donhammed Trumpistan, a newly hired spokesperson for the Taliban. As Trump had previously been banned from the service, then allowed back on after disguising himself as a spokesperson for the Chinese Communist Party, then banned again once he couldn't help himself and started claiming the election was stolen again, this is simply his latest ploy to get back on social media.

"Allah be praised. Allah is pretty great, maybe the best ever. Everyone says so," 'Trumpistan' wrote on Twitter as his first post. "That Joe Biden is really screwing things up over here. What a sad, pathetic loser! Oh man, they're making me do the prayer thing now. Why do I need to pray? Very humiliating! Not good!"

He also promised to "make Afghanistan great again" and wrote on his new Twitter account that "Afghanistan is back, baby!"

Jack Dorsey caught on to what Trump was doing pretty quickly, but wasn't able to do anything about it. "This guy says he's a Taliban spokesperson, and it would be wrong of us to silence someone of a different culture. Now, if he starts questioning whether our government and election practices are worth trusting, then we can ban him immediately. We're keeping a close watch on this 'Trumpistan' person."

At publishing time, Trump had asked his Taliban associates if they could "maybe consider not doing the full burqa thing on all these beautiful ladies." 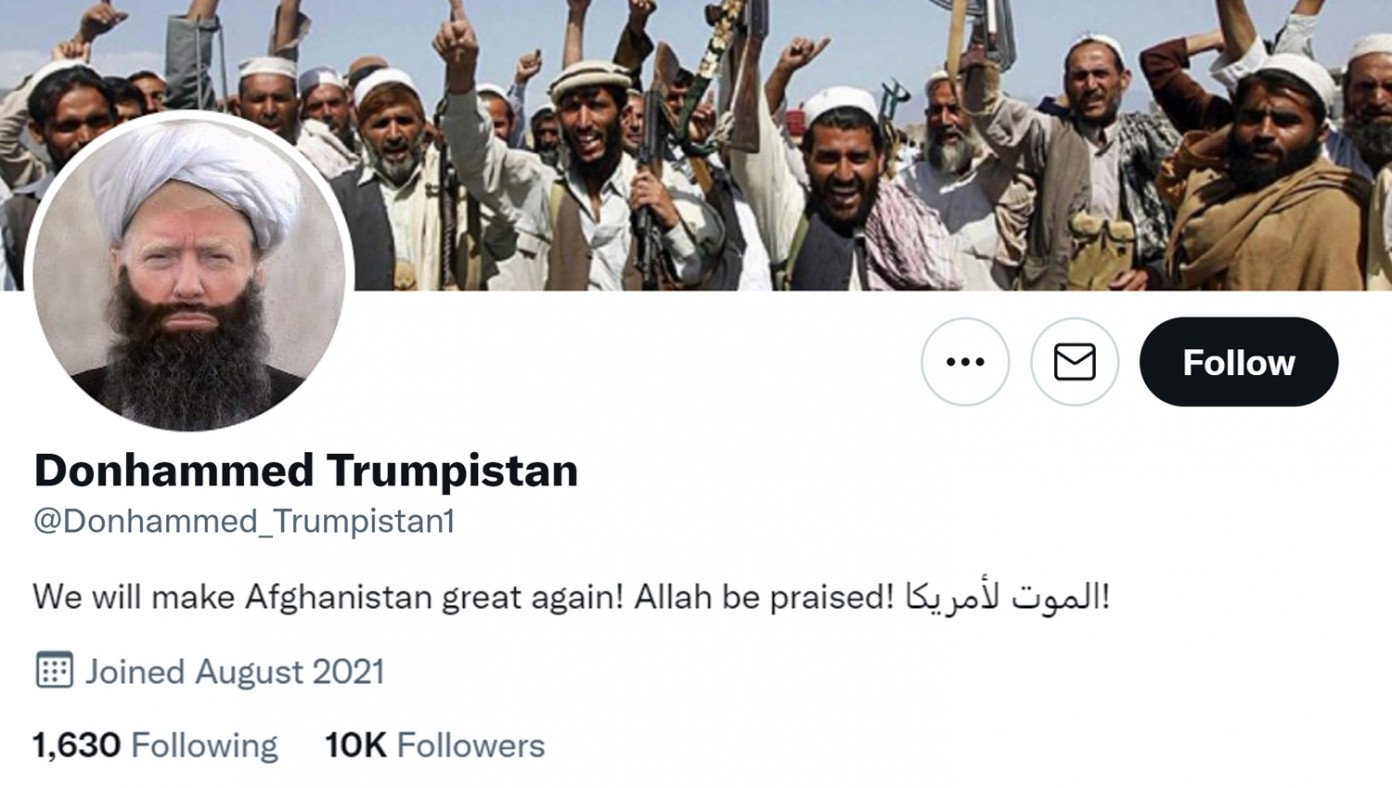