August 18, 2021
'Rumors That The Taliban Have Taken Over Are Unfounded,' Says Jen Psaki Wearing Hijab

WASHINGTON, D.C.—Many are expressing concerns over how far the Taliban has managed to advance after Press Secretary Jen Psaki gave her latest press conference while wearing an Islamic Hijab.

"No, there is nothing to worry about, Alhamdulillah, Allah be praised," said Psaki. "The Taliban poses no danger to the U.S. and they definitely have not advanced as far as Washington, D.C. Everything is fine here."

When asked about her new modest religious veil, she responded, "What do you mean? I always wear these! It's sunny out and it keeps the sun off my head. Nothing to worry about!" She then circled back to face Mecca and bowed her head to the ground.

The White House also confirmed that the crowd of military-aged males with AK47s playing soccer on the White House lawn was just a fun little bit of performance art and nothing to be concerned over.

In other news, D.C. has confirmed that call to prayer will be at 3pm this afternoon and that everyone needs to be on time. 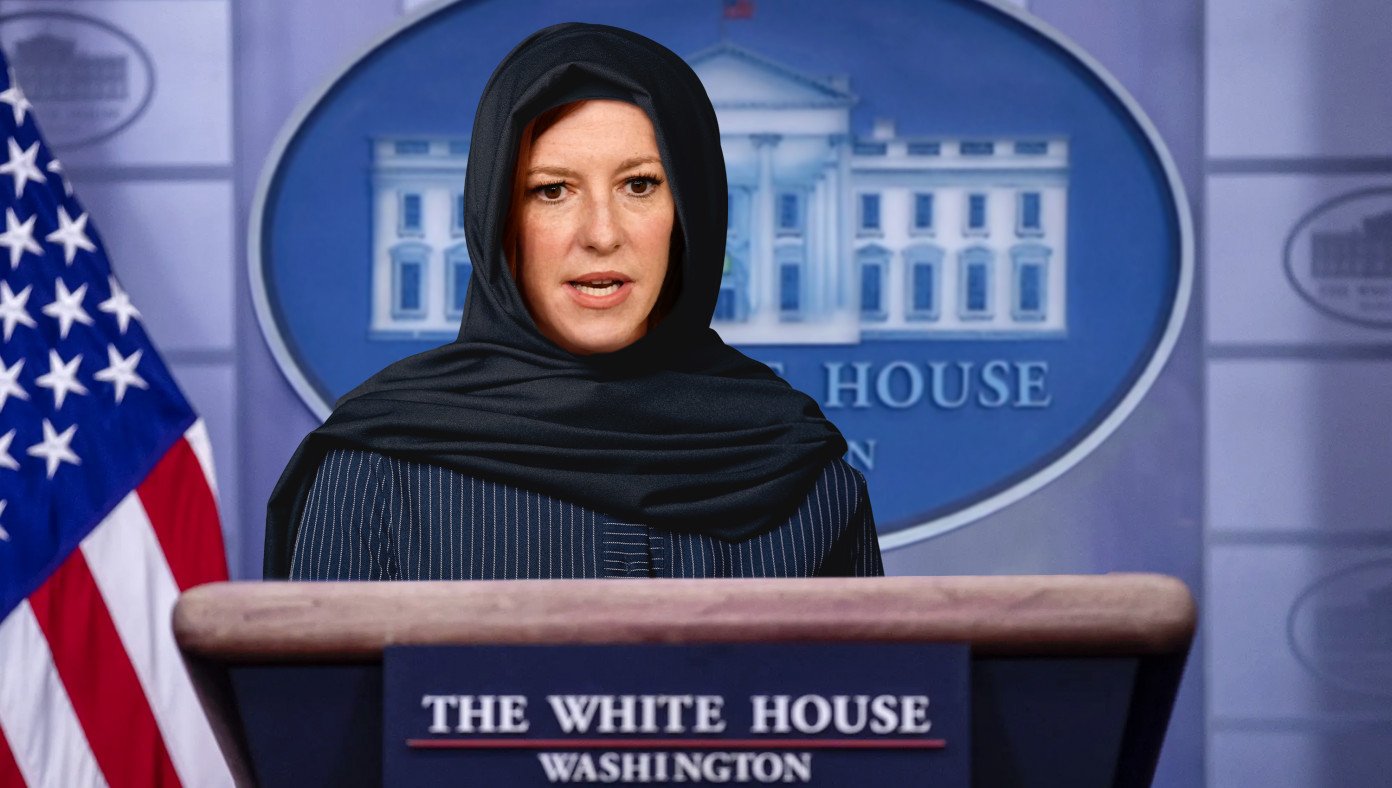